In the War Room with Warfel: Opening Day should be a national holiday 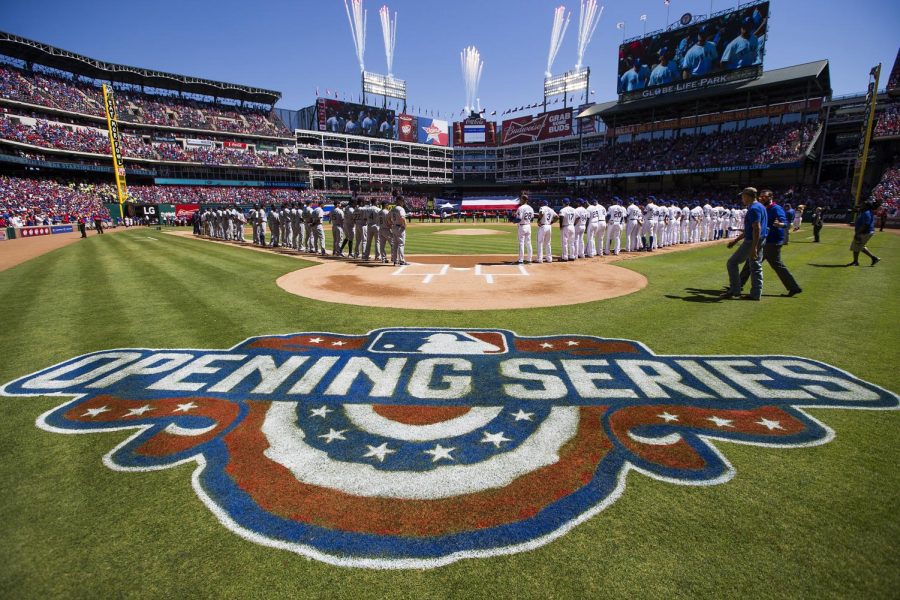 Fireworks explode over the stadium at the end of the national anthem as the Texas Rangers and Seattle Mariners line up before their game on opening day on Monday, April 4, 2016, at Globe Life Park in Arlington, Texas.

Baseball is as American as apple pie and if we can celebrate President’s Day, which is literally the government’s way of saying happy birthday to George Washington and Abraham Lincoln, then why can’t we celebrate a sport which has ingrained itself in American culture since the Civil War?

While baseball has some early references, such as in 1792 in Massachusetts and 1823 in Greenwich Village outside of New York, baseball under the rules we know today started in 1845 with the New York Knickerbockers.

By 1857, 16 New York area clubs formed the National Association of Base Ball Players (NABBP) it was the first league of its kind to govern the sport and establish a championship.

During the Civil War years, between 1861 and 1865, a time where America was in turmoil and brothers were fighting each other for their cause, baseball brought Americans together.

The Civil War is where the game really began to get its start as soldiers from across the country met and played the game together, thus expanding it all the way west to California.

While the Civil War helped to grow the idea of baseball among Americans, World War I caused a slight decline in the sport. As men went off to war, minor league systems began to shut down in 1917.

When Newton D. Baker, Secretary of War, issued a “work or fight” order requiring men who were draft eligible and in “non-essential” jobs to join the military, many fans of baseball were concerned of the sport dying.

Government officials decided to not view baseball as a “non-essential” career, but Baker showed how the athletes could better serve the United States on the battlefield, thus baseball players had to serve too.

Baseball did not die with World War I, however, and as the next war loomed, baseball was beginning to peak. Once again, though, many of baseball’s best players opted to serve their country instead of dueling it out on the field.

With most of the stars out of baseball, fans were worried, but in 1942, commissioner of baseball Kenesaw M. Landis sent a letter to president Franklin Delano Roosevelt asking if they should plan for another season of baseball.

The president’s response to Landis has become known as the “Green Light Letter,” in which Roosevelt said, “I honestly feel that it would be best for the country to keep baseball going.”

During World War II, history was made in baseball as boxing and the NFL were one of the few sports to allow African Americans to play, but in 1947 Jackie Robinson broke the color barrier for the MLB.

On April 15, 1947 when the Brooklyn Dodgers started Robinson at first base, he officially became the first African American to play on the major league level.

Jump forward to the 21st century with 9/11/2001, a day any American who was alive will always remember as the two jets crashed into the World Trade Center.

MLB cancelled all of its games the following day, but the owners realized that the sport brought unity and a month and a half later, the New York Yankees were playing in the World Series.

It was game three at Yankee Stadium and President George W. Bush walked out to throw the honorary first pitch just a month and a half later after the attacks.

At that moment as he walked to the mound wearing a FDNY jacket, the crowd erupted in recognition of the moment. Before he even threw the pitch, Bush gave the thumbs up to all the fans in attendance as if the sign of everything is okay.

Baseball has been and always will be America’s favorite national pastime, and in times of crises in American history, baseball has always been there.

Through trials and triumph, baseball has brought people together. It has brought unity and a sense of patriotism.

If you fail to recognize that the sport of baseball embodies more than just a bat, a ball and some bases then you will never understand why opening day should be a national holiday.