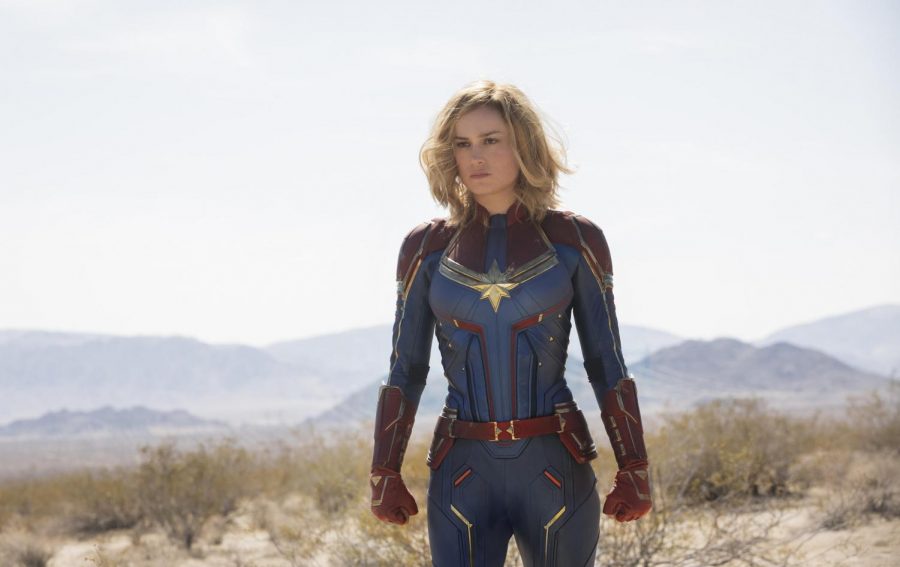 The Marvel Cinematic Universe has always had a problem with its female characters. Designated to supporting roles, typically as love interests only, the MCU hadn’t seen a female character in a title role until last year, when Evangeline Lilly’s The Wasp shared top billing in “Ant Man and the Wasp.”

In fact, no MCU film had ever been directed by a woman. Despite calls from the public for more female characters and representation for years, the MCU never answered the call.

Enter Captain Marvel, which follows Carol Danvers, a woman who is caught between two worlds, as she transitions to become the most powerful character in the MCU. The film stars Oscar winner Brie Larson, an outspoken advocate for female representation in film, and is co-directed by Anna Boden.

However, with all progress comes backlash. Many male fans have been hesitant or even downright hateful towards the inclusion of more female characters, with some calling for a boycott after Larson called for more women and women of color to be included in Captain Marvel‘s press tour.

But is this hate warranted? Not entirely. The film is a lot of fun and feels like a superhero movie made in the 90s. It’s also one of the most diverse films the MCU has seen.

Larson and the rest of the cast give outstanding performances, especially Ben Mendelsohn as Skrull leader Talos and Lashana Lynch as Maria, Carol’s best friend from Earth. Samuel L. Jackson is absolutely perfect as a young Nick Fury, and the de-aging effects done look completely realistic and never slip.

The visual effects are great and the action set pieces are all fun. It feels a lot like an original Phase One film in the MCU, both for better and for worse.

The film sticks to the basic origin story motifs we have seen many times from the MCU and, in some ways, tops some of those films that came before it. One thing that works well for this origin story is that Danvers is already powerful.

She already has a grasp on her powers. She knows what she can do and she doesn’t let anything stop her, especially her emotions.

However, the film doesn’t feel original whatsoever. If you know anything about Captain Marvel’s history in the comics or watched any of the trailers, then there isn’t much in this film that surprises.

Plot points that could have been huge surprises are either given away in trailers or can be guessed which takes away from a story that is legitimately interesting.

While Larson’s powers are in full force, she always knows exactly what to do and how to fix her issues. It takes away from the story that is so focused on Carol trying to figure out who she is. In ways, it feels like Captain Marvel is too powerful.

It’s incredibly refreshing to see an incredibly powerful female character in the the MCU. But it seems as if Carol could have solved every single issue that was ever faced by the Avengers in a matter of seconds.

That’s what makes Captain Marvel feel out of touch. It’s hard to root for a character that is just too powerful. It makes every fight lack consequences and it takes away the suspense that so many other fight sequences in the MCU have.

Despite its issues, however, it’s still a ton of fun and the performances keep you engrossed even when the film falters at moments. As for Captain Marvel’s effects on the MCU’s future, there isn’t a lot from this film that sets up anything for the future.

If there’s one takeaway from this film and how it will impact Endgame, it’s that Thanos is royally screwed.