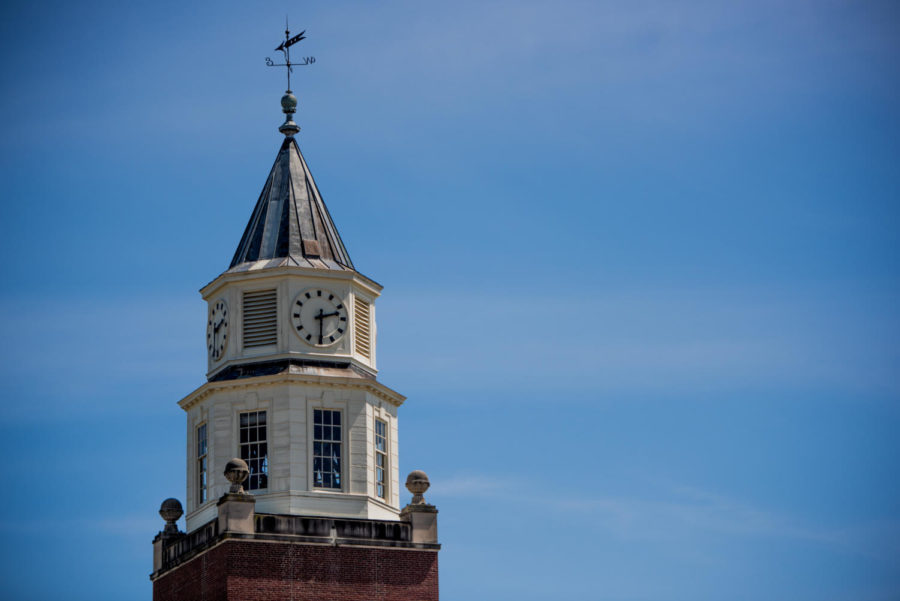 35 students and 28 sponsors are participating in this year’s spring break externship program provided by the collaboration between the Career Development Center and the Alumni Association.

“This gives students the opportunity to go beyond the classroom, take what they’re learning in the class and really apply it and see it in action,” Vanessa Renshaw, experiential education coordinator at the center, said. “It also gives them the ability to network, makes sure this is what they’re wanting to do.”

Renshaw said students can also get a mentor, so working with that alumni or friend of the university gives them the opportunity to build a mentorship. In the past, externs have even received job offers.

“Primarily, we send out information to alumni and reach out to HandShake, where we have a lot of employers that work with us anyways,” she said.

The requirements for the program are changing, according to Renshaw. In the past, the externships have been primarily geared towards juniors and seniors.

“This year we have been open with the requirements, but in the future we want to gear it towards sophomores, juniors, seniors and master students,” she said. “We are wanting [them] to have a resume and a cover letter, so they are prepared.”

Students must meet the 2.7 GPA requirement, be a full time student and fill out the online application, according to Renshaw. There will be an interview and students will also attend two ceremonies.

“The program helps connect our current students with SIU Alumni and friends in various fields and industries,” Renshaw said. “We try to pair students, depending on their major, with someone in a prospective career they would like.”

Renshaw said the career development center is hoping to expand the program back to its original glory.

“The last few years, it didn’t have as many students,” she said. “I would guess probably budget cuts dealt with that. We’re reviving it and in the rebuilding process because last year only eight students went, now we’re up to 35 students.”

The program used to send roughly 70 students a year, with over 4,000 students total sent on externships, Renshaw said.

“We would like to get back to that number, and I think we are on our way,” she said.

The extern program formally takes place during spring break, but they are expanding it as an informal program for the rest of the year, Renshaw said. That way students and companies who can’t participate in the spring can still do an externship.

Kathy Dillard, director of corporate relations, said the program started small, but then more students heard what a great experience it is and how they could make connections which lead to paid internships and paid positions.

The cost of externships

According to Renshaw, it’s an unpaid experience, so students are expected to foot the bill.

“That can be kind of difficult,” she said. “They give up their spring break to go have these experiences and get that real world experience that students really need beyond the classroom.”

Renshaw said she is trying to secure funding for students because she understands taking a week off of work, even missing it, traveling to Chicago and staying in a hotel downtown or flying to Maryland is a lot of money to put forth as a student.

The Career Development Center is trying to secure funding through donations to help students go on externships and unpaid internships in the future, according to Renshaw.

Jessena Fields, senior business management major, said she signed up with the student center through the job fair and will be externing at Vysnova Partners in Maryland, a public management and administration company which focuses on health administration.

“I actually had also reached out to one of the offices in the college of business to sign up because I was looking for an internship to do something over the summer, and I received a call from Renshaw about the externship,” she said.

Fields said she wanted to get more experience in different fields.

Fields is going to be working with the accounting department, she said.

“I expect to learn about how to handle different finances,” Fields said. “I’m going to be working with the administration, so I’m expecting to learn how to manage different teams.”

She said she has never been to that side of the U.S. before, but she has family there and will be staying with them.

“I’m excited,” Fields said. “I looked up different things to do when I’m not [at] of work.”