In the War Room with Warfel: Looking ahead to 2019 Arch Madness 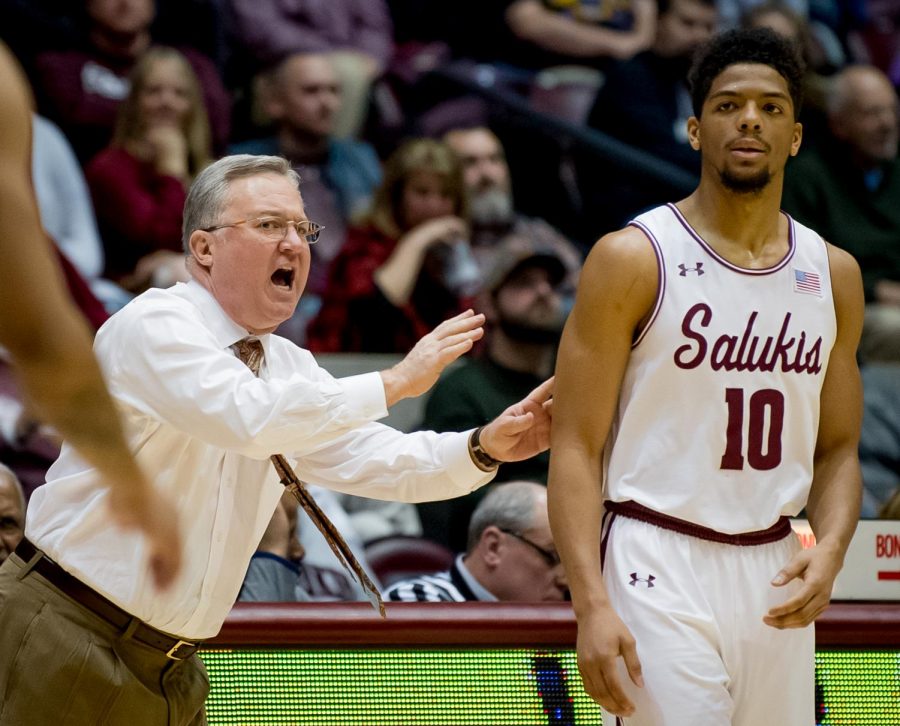 After 18 games of conference play through the Missouri Valley Conference, the field is set for what is sure to be an exciting Arch Madness Tournament March 7-10.

The first games at the Enterprise Center in St. Louis starts Thursday, with the first game being the eight versus nine seed.

The Sycamores will kick off the tournament facing the Crusaders of Valparaiso. In the season series between the teams, the Sycamores claimed both wins – winning the first matchup by 17 and the second, in overtime, by 5.

Players to watch: Keep your eyes on Indiana State’s trio of guards: freshman Cooper Neese, sophomore Tyreke Key and junior Jordan Barnes. In their last game against Northern Iowa, the three combined for 44 of the Sycamores’ 71 points.

While Evansville finished their conference schedule with five wins, I would not count them out against Illinois State. The Redbirds swept the season series against the Purple Aces, but Evansville has played well as of late. The Aces won their final game over Valparaiso and lost to Bradley by two and Southern by eight. I believe they have the potential to upset the Redbirds.

Don’t sleep on Evansville junior guard KJ Riley who is averaging 13.5 points per game and keep an eye out for senior guard Marty Hill; having shot 57 percent behind the three-point line in Evansville’s final game against Valparaiso.

Prior to winning their last two games of their season, Loyola lost three out of four – while having the number one seed in the tournament, the Rambler’s are beatable.

Players to watch: Loyola relies on three players to do a lot of the heavy lifting – senior guard Marques Townes, sophomore center Cameron Krutwig and senior guard Clayton Custer. The three combined for 57 of Loyola’s 81 points in their win over Bradley on Saturday.

This game is bound to be a thriller with both teams playing their best basketball in the second half of the Valley season. The Bears won six out of seven to climb the way towards the top of the standings, while faltering and losing three out of their last four. Bradley started the Valley at 0-5 but won ten out of their next 12 games.

Players to watch: Missouri State junior forward Tulio Da Silva is the best player statistically, averaging 14.7 points per game to go along with 7.6 rebounds per game.

While I expect Evansville to give Illinois State a run for their money, I think the Redbirds will come out on top and end up playing the hottest team in the conference – Drake. Illinois State is the only team to have beaten the Bulldogs in their last seven games.

The Redbirds are also the only team to have beaten Drake twice in conference play aside from Loyola, so a Drake v Illinois State matchup would be exciting.

Players to watch: Drake’s best player is senior forward Nick McGlynn, averaging 15.6 points per game and leading the conference in rebounding with 8.5 rebounds per game.

Senior guard Brady Ellingson is also someone to keep in mind when watching the Bulldogs squad as he leads the Valley in three-point field goal percentage at 48 percent and three point field goals per game averaging 2.6.

This game will be a fun nightcap to finish off day two of Arch Madness. Southern rolls into the contest winners of three straight and having won four out of their last five.

The University of Northern Iowa comes into the contest having lost two straight against Loyola and Indiana State. SIU claimed the season series having won both games against the Panthers, but as anyone who watches college basketball knows, it is hard to beat a team three times.

Players to watch: Keep an eye out on Southern Illinois senior guard Armon Fletcher who has played his best basketball down the stretch, averaging 22.8 points per game on 53 percent shooting as well as 8.2 rebounds over the last six games.

For the Panthers, watch for freshman guard AJ Green who is averaging 15.6 points per game with 41 percent shooting.

Saluki fans if you thought the season was crazy, keep your eyes on this tournament and hope SIU can walk away winners of the Valley for the first time since 2006.