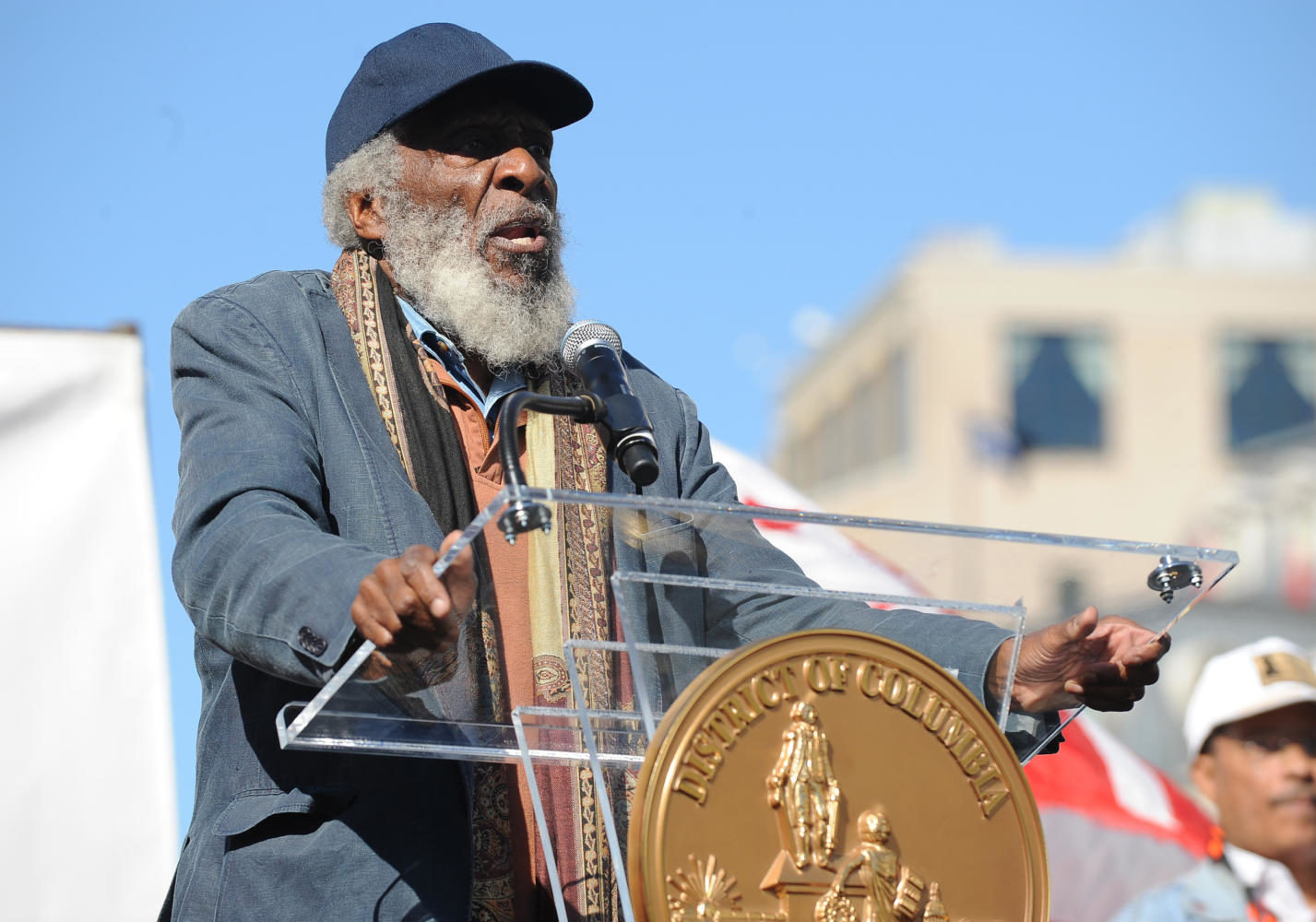 “I never learned hate at home, or shame. I had to go to school for that.” -Dick Gregory

Richard Claxton Gregory was a stand-up comedian, civil rights activist and SIU alumnus. He became a breakout hit in the 1960s for his comedy sets which tackled racism and bigotry repeatedly.

Carbondale’s history of discrimination and segregation was changed partly because of Gregory’s leadership with other SIU black students.

Setting records with the fastest mile times in the country, Gregory was offered scholarships to various universities, choosing SIUC in 1952.

Gregory stood against the white-only policy found in the Outstanding Athlete Award at the university and the segregated seating at Carbondale’s only movie theater. He then became the first black student to receive the Outstanding Athlete Award in 1953, the same year segregated seating at Carbondale’s movie theater came to an end.

His role as activist began in 1951 when he was denied the Missouri State Mile Championship Title because he was black.

His time at SIU was put on hold when he was drafted into the U.S. Army in 1954. His commanding officer encouraged him to pursue comedy. During his time in service he entered and won several talent shows for his comedy.

When Gregory returned to SIU after being discharged, he chose to drop out because he felt the university wanted him there for the wrong reasons.

“[SIU] didn’t want me to study, they wanted me to run,” Gregory said according to African Americans in the Performing Arts by Steven Otfinoski.

Gregory was one of the first black comedians to break into the white audience. Much of his comedy was current-events based and questioned the way society operated. Nothing from segregation to baseball was off-limits.

“Baseball is a great sport for my people; it’s the only sport in the world in which a negro can shake a stick at a white man and not start a riot,” Gregory said in an early 1960s routine.

Gregory attributed his success in mainstream comedy with white and black audiences when Hugh Hefner discovered him in Roberts Show Bar in Chicago. He said once there hadn’t yet been a healthy race joke yet in America.

“They were all derogatory to one race or another,” Gregory said. “[I] gave the country a new way out, healthy racial jokes.”

During the 1960s Gregory was also a civil rights activist. He was in Selma, Alabama on “Freedom Day” on Oct. 7, 1963. Along with campaigning for African American rights, Gregory was a Native American activist and feminist.

Gregory also ran for the presidency in 1968. In an interview with David Letterman in 1984, Gregory said he got a million and a half votes. He said it was a fine experience, and at the time told secret service agents he didn’t want them.

“I told them I didn’t want them,” Gregory said. “They’ve been around everybody who get hit.”

Arts and Entertainment Editor Jeremy Brown can be reached at jbrown@dailyegyptian.com.