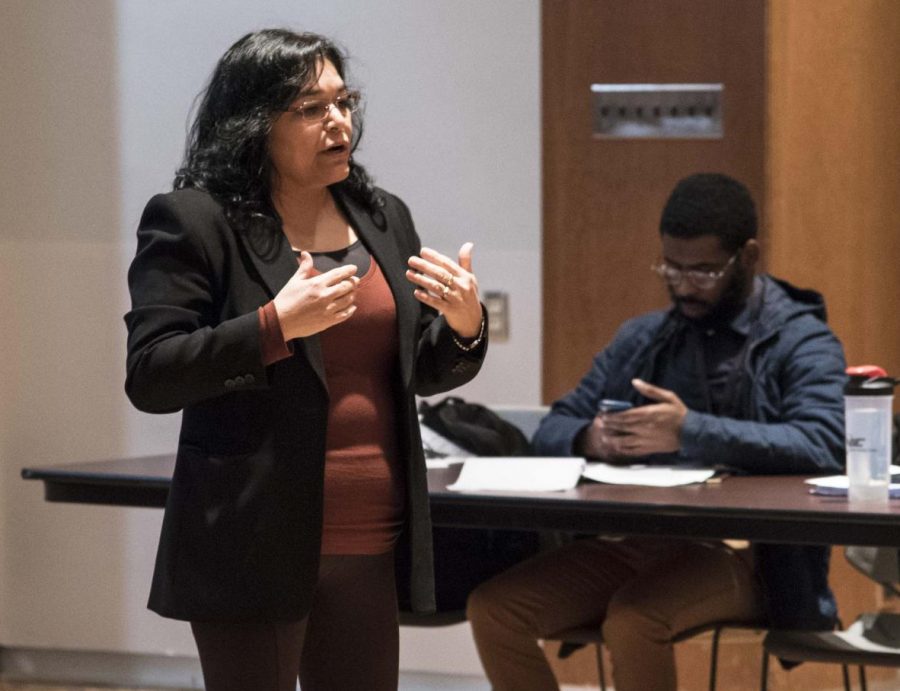 Guest speaker Cristina Catillo talks about the importance of the First Scholars Program on Tuesday, Feb. 19, 2019 during the Undergraduate Student Government meeting inside the Student Center.

The university’s First Scholars program is designed to assist first generation students by awarding them with a scholarship of $2,500, providing participants with monthly mentorship sessions, holding leadership workshops and seminars and helping the students succeed in university life.

“There is nothing, no agenda behind the First Scholars Program – only to see the students succeed,” Castillo said.

Castillo said the program has been at SIU since 2011 and accepted up to 20 students per year.

Castillo said while she does not know all of the financial details as to why the program is ending, she knows the program is effective in improving retention rates and helping first generation students be more successful in college.

Toussaint Mitchell, USG president, said the organization would focus on retention for the rest of the semester and programs like the First Scholars Program are important to in that effort.

Two RSOs were also approved at the meeting – the Amateur Radio Club and the Minority Association of Premedical Students.

Staff reporter Kallie Cox can be reached at [email protected] or on Twitter at @KallieC45439038.