You’re Dumb and Wrong: Horoscopes are not real, do not act like they are 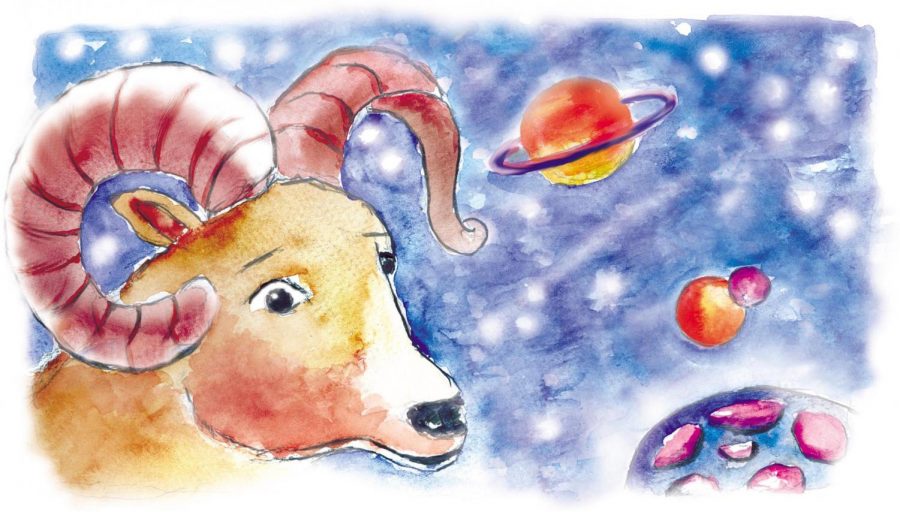 Aries, the ram, planets and moons. (Jacqueline Cook/Fort Worth Star-Telegram/MCT)

Listen, either there’s an all-powerful universal ruling element of the cosmos which directly influences who you are predestined to be as a character in reality – or it’s all horse crud. Based on how spiteful and arrogant I am as an Aquarius, I’m leaning on the latter.

I cannot fathom why anyone would believe/want to believe their personality is tethered to a predestination outside of their control. Neither you nor I cannot be who we choose to be according to Astrology. Who would want to be defined by something that is out of their control?

Instead, the alignment with the sun and the constellations tell me I’m an Aquarius. Meaning on the positive side:

I’m loyal. True. I still use my Gameboy Micro.
I’m a humanitarian. False. Unless investing in Flaming Hot Nacho Doritos counts as saving the world, then no.
I’ve got a great sense of humor. False. Look at the comment section. According to readers, this is factually incorrect.

On the negative side, obnoxious and arrogant aren’t listed. Maybe the stars took the day off for me? Negatives:

Unpredictable, as in monotony bores me. False. I eat Grapenuts. I’m very okay with monotony.
Stubborn, as in you can’t change my mind. True. Toto still sucks.
Aloof, not friendly or forthcoming. False. I’m going to over-explain how much of a jackass I am every week. Stay tuned!

A great example comes from the Nov. 28, 2018 issue of the Daily Egyptian. We had a design chief who I’ll call something generic, like “Hannah Smith” and a Gemini reporter in the office. Smith fully believes in Astrology – every stressed out reporter’s days or disagreements could be explained with a reading from the stars.

Gemini asked Smith what her horoscope had planned for the day. Smith pulled up our Study Break section and read the Gemini horoscope as follows:

“Today is an 8 – Relax and spend time with a significant other. Discover and express passion, beauty and romance. Reaffirm commitments and share possibilities. Love animates you… [sic]”

In the middle of Smith’s peppy telling of this future, Gemini had walked away with a frown. The crowd around Smith slowly turned away with embarrassed looks.

“What? Did I say something wrong?” Smith said.

As it turns out, Gemini had gotten dumped by their long-term boyfriend through a Google Doc the previous day. I don’t know if the stars were playing a cruel joke on Gemini, but even writing a break-up note in scary ransom-note letters would be an improvement.

What’s worse? You can go to separate websites for horoscopes – any popular ones will do. The stars, depending on who’s reading them, have something completely different to say from site to site.

And if it’s all up to interpretation, then you’re not listening to the stars, you’re listening to someone else giving you a pep talk.

You yourself make tomorrow good, not a blurb which acts as if you’re climbing the corporate ladder at Kohls. There’s never been something so insincere people will blindly believe as hor– oh boy, what’s my fortune cookie say?

You’re Dumb and Wrong is a weekly column about video games, movies and popular entertainment from local non-believer Jeremy Brown. Brown can be reached at [email protected]