Best videogames to play in the dorms 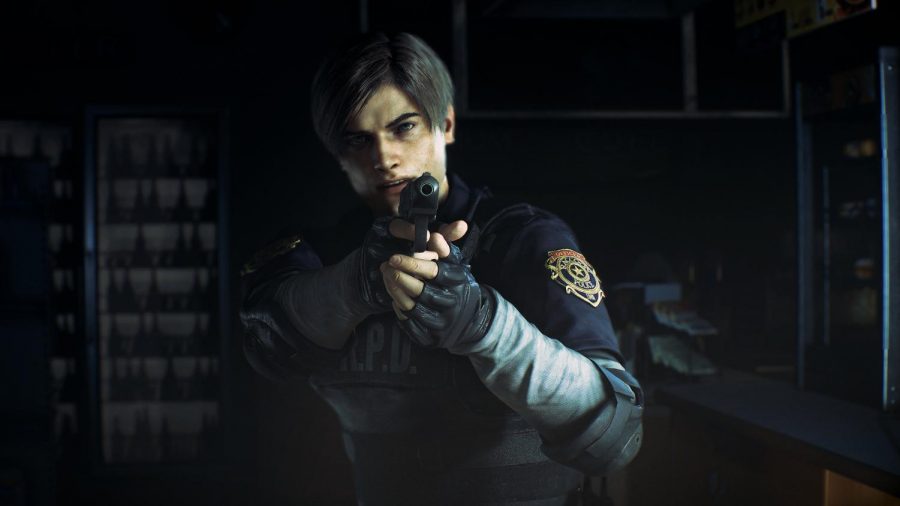 Resident Evil 2 - January 25 (PS4, Xbox One, PC) - Capcom’s remake of the PS1 classic Resident Evil 2 isn’t some basic texture update. Apart from the story being near identical to the original (with a few changes to surprise fans of the original,) this is a brand new game. It uses the same RE Engine as 2017’s Resident Evil 7 to great effect. The rendering software allowed the developers to make character models so no two zombies are the same. If you’re skeptical, the 30 minute demo is out now for PS4, Xbox One and PC.

Sometimes you long for a sense of community the dorms have but you don’t really want to do anything that requires real social interaction. Lucky for you, there’re plenty of video games for you to avoid conversation and/or lose some friends in the process.

The following games aren’t in any specific ranking, but they are ordered from most expensive, $60, to least – as low as $10.

Super Smash Bros. Ultimate: Super Smash Bros. is a series where anyone can at least tell when they’re dead – a massive explosion happens on the side of the screen they got kicked/punched/maimed/thrown out to.

The easiest recommendation is Super Smash Bros. Ultimate, exclusively for Nintendo Switch, since it has the most characters for veterans and newcomers to choose from. Plus, the Switch already has at least two controllers built-in. Though we recommend using the Switch Pro Controller or a cheap adapter for Gamecube controllers too.

If you want to plan something bigger, the Tourney mode can set up a tournament that pits every person on your floor against each other, but be prepared to make sure no one gets so mad they smash a controller.

If people are struggling but want to keep playing and want to win for once, there’s always team battles or battles against the computer. If one person’s too good, the rest can gang up on them or just ignore them at Lentz later.

Resident Evil 2 (2019): Any horror game is a great spectator time –  but the older it is, the more likely the spectators have seen it and won’t be as scared. The latest and greatest is currently Capcom’s complete reimagining of Resident Evil 2 on PS4, Xbox One and PC.

It follows two campaigns of Leon Kennedy and Claire Redfield trying to survive a horrible night in the Raccoon City Police Station. Zombies still live after shots to the head, they hide, sneak, play dead and even bash through windows to grab you.

The game starts introducing more and more horrifying creatures and boss fights, so if you haven’t seen them you’re in for some disturbing sights and sounds, and are probably going to be yelling at the person with the controller to run faster.

If you’re the one playing, good luck, and don’t freak out when the RA is asking about the screaming.

While the Switch version is a re-release, it has twice the maps and real battle maps for balloon battle and other modes. For fans, it’s great. For newbies, you’ll still be wondering how to stop a red shell every time you get into 4th.

It’s easy to play just a couple maps before class or dinner and just as quick to make you hate your suitemate for knocking you off the map twice while you’re only in 10th. Seriously, Alex, it must be intentional.

Duck Game: Duck Game, which is out on PS4, Xbox One and PC with a Switch release coming this year, is hilarious, fast, and leads to just as many tense, close calls as Smash. Play as a bunch of ducks with customizable hats and kill each other in bizarre ways.

Also, there’s a quack button. How have you not already bought this game?

Call of Duty: As much as people give them crap, any Call of Duty game on your PS3, Xbox 360, PS4 or Xbox One will lead to four player deathmatches or four-player co-op trying to survive zombie onslaughts.  This is something that people can pick up and play probably quicker than anything else- just point and shoot. It’s not complicated, but if you’re just looking to play with some friends, do you really need much else?