‘Hands Up Act’ would punish police for shooting unarmed citizens 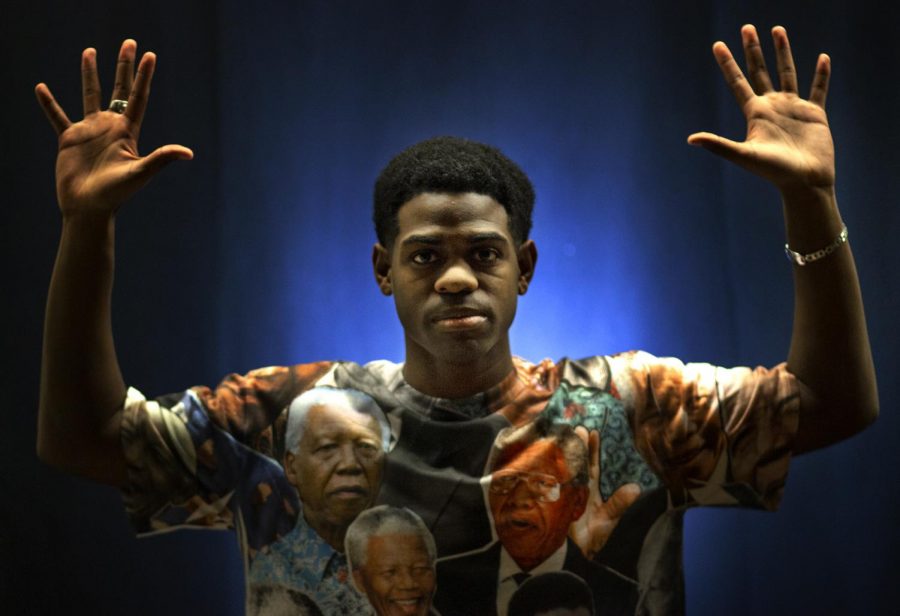 Travis Washington, a graduate student studying higher education from Flossmoor, poses with his hands behind his head on Wednesday, Jan. 30, 2019. Travis stated he believes the Hands Up Act will bring down tension with the police department because it provides protection for unarmed citizens.

UPDATE: You can view the petition discussed in the article by clicking this link.

Travis Washington, a graduate student at SIU, is attempting to push for a piece of legislation that would make it illegal for police officers to shoot someone if the person is found without a weapon.

“The ‘Hands Up Act” was an idea I created to prevent police officers from shooting unarmed citizens,” Washington said. “We’ve seen all over the country, where citizens have been shot unarmed without any guns in their hands, such as Terence Crutcher, Alton Sterling and Philando Castile. After they were shot unarmed, these officers have never served any prison sentences.”

Washington said that officers who shoot someone who is unarmed should serve a 15 year mandatory sentence, per the act.

“What inspired me to do it [is] a disconnect between the community and police officers,” Washington said. “If we want to rebuild this trust, we need laws in order to regain the trust.”

Washington said that minorities are scared to call the police in various situations because they fear for their lives.

Another reason Washington is attempting to get the legislation passed because of resonating quote from Martin Luther King – ‘injustice anywhere is injustice everywhere.’

“I have already emailed 102 U.S. [representatives], Democracy Now, and the Huffington Post. I want them to take what I have written seriously,” Washington said. “Also, the College Democrats of America, the National Civil Rights Museum and the NAACP shared my petition.”

Washington said he has emailed the NAACP and the Lorraine Motel, where King died. He said they’re going to post his petition on their website and have already shared it on their Facebook page.

“Travis and I were just having a conversation the one day about the level of allowance of police brutality, and he wanted to start a movement about it,” Yazmyne Adams, a senior studying accounting, said. “I told him that he had to start a petition about it.”

Adams said every time you look on Facebook, the internet, or watch the news – it’s always something new.

“I don’t think that it should be constantly allowed seeing how others are trying to make changes for the better in the world,” Adams said.

Washington has been working on this since December.

“For the person who shot Terence Crutcher to get their job back is incredibly disheartening and upsetting to the family members who have lost their loved one,” Washington said. “I hope that it will renew better relations with public safety and the community because I’m pro-police, it’s just there are individuals who taint the police department.”

Washington said the only obstacle he has faced during this process is not enough people knowing about it.

“If people really wanted to see a change they need to sign this petition,” Shanlane Scott, a junior studying Criminology & Criminal Justice, said.

Scott said if they we able to get more signatures it would help, so when it is time to talk to more people and political powers he will have more weight.

“One of my goals is to speak at any rally that will let me to speak in,” Washington said. “Like speaking in front of the state legislator, if I have to, or the House of Representatives on national television during the committee hearing.”

“It would be some type of justice,” Scott said. “We’re slowly moving to some type of equality. With law enforcement, you have to protect people, but it becomes a problem when you’re hurting unarmed people, and trying to justify by lying and saying you felt threatened.”

Scott said for the community, it would mean there’s finally some type of justice, and they’re going to slowly start feeling safe because now people in power can no longer abuse their authority. They now have to suffer the consequences.

“It would mean a lot especially to urban communities,” Scott said.

Washington said he wants to be patient and let it go where it can go.

“We need to keep pushing forward, and never give up,” Washington said. “I want the world to depend on me, that’s why I’m doing this.”