Randy Dunn will not teach at SIUE this semester, reason unknown 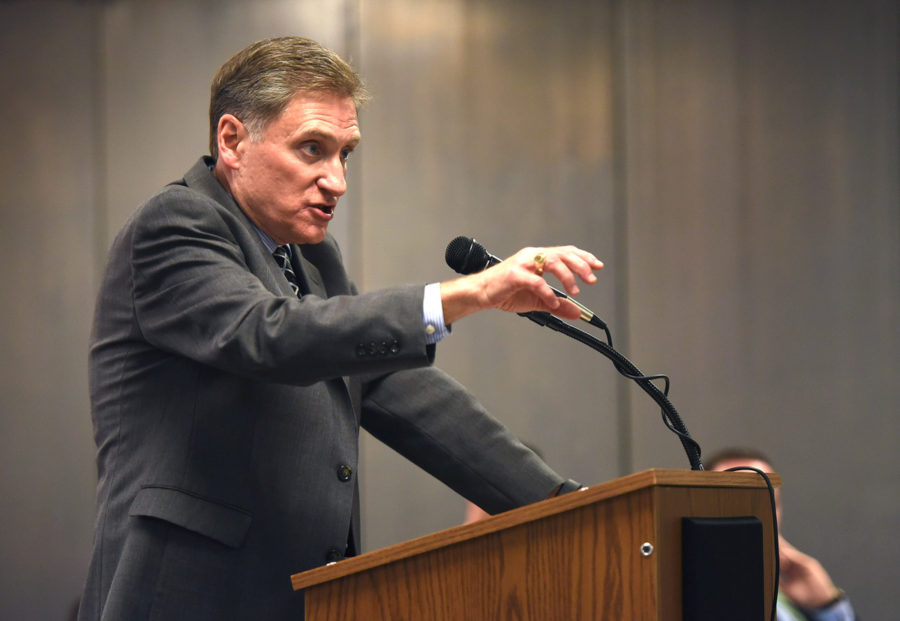 By Brian Munoz, Editor in Chief

Randy Dunn, former SIU president, will not be teaching at Southern Illinois University Edwardsville this spring semester, said Doug Mcllhaga, SIUE spokesman in an email to the Daily Egyptian on Thursday.

Mcllhaga did not disclose why Dunn will not be teaching at the university this semester.

Per a separation agreement between Dunn and the Board of Trustees, Dunn’s employment would be terminated if an external agency finds him to have violated any rules, laws, or policies of the State of Illinois or Southern Illinois University.

The agreement also states if Dunn is currently employed by SIU, his employment would cease immediately and automatically upon the issuance of the finding.

It is unclear if Dunn has breached his separation agreement with the board and there has not been an official report stating Dunn has done so.

Dunn entered the separation agreement with the Board of Trustees last July, after it was discovered he coordinated with SIUE administration and legislators in an attempt to dissolve the university system.

The findings were released in nearly 1,900 pages of correspondence made public by the board after a failed attempt to shift $5.125 million from the Carbondale campus to Edwardsville.

The agreement provided Dunn a $215,000 severance payment over 6 months and had him slated to teach in the capacity of a visiting professor at SIUE beginning Spring 2019 for $100,000 per year, according to the agreement.

Dunn was also expected to pursue research opportunities at SIUE as part of the agreement.

John Charles, SIU Director of Government and Public Affairs, declined to comment on the status of Dunn’s employment stating the university’s policy is to “not comment on personnel matters.”

Dunn, his lawyers, Lucas Crater – SIU system general counsel and members of the board were unable to be reached for comment as of Thursday afternoon.

Editor-in-Chief Brian Munoz can be reached at [email protected] or on Twitter at @BrianMMunoz.