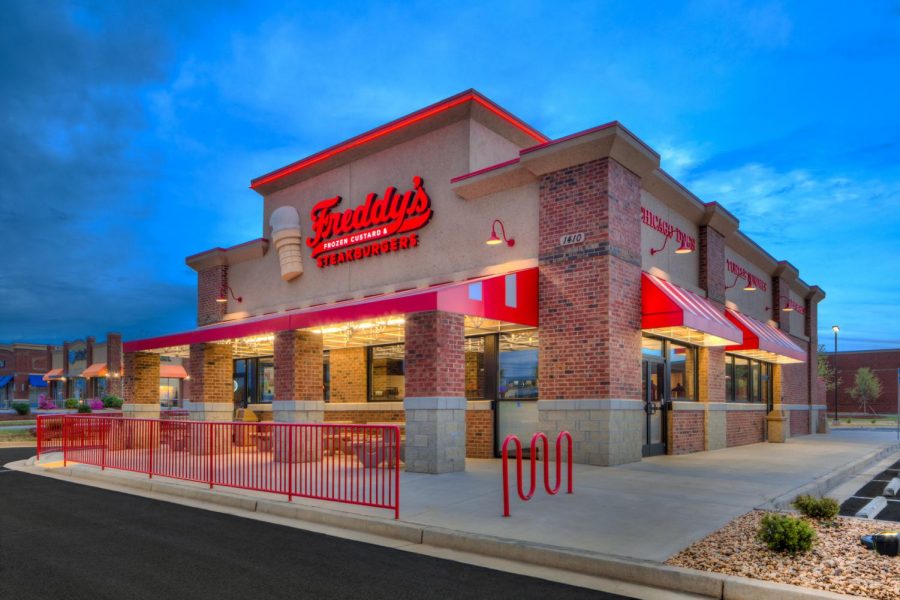 A Freddy’s Frozen Custard and Steakburgers is coming to Carbondale’s early next year, creating the southernmost location in the state.

Eric Cole, owner of the Carbondale franchise, said that the restaurant is slated to open late March 2019 after breaking ground in mid October. He said that he picked to open a franchise in Carbondale because of what the town is about.

“Part of it is the university and we had placed the location where we placed it [because] it [has] good access to not only the citizens but we think good access to the students as well,” Cole said.

Cole also said as opposed to being on Carbondale’s Main Street because they felt the current location gave easier access to people and students.

“We’re not going to be competing with McDonald’s or Burger King to be honest,” Cole said. “We don’t compete with them on timing either.”

Cole said at Freddy’s they pride themselves on two main areas – burgers and frozen custard.

“[We] make steak burgers that some people call the ‘smash’ burger or the flat hamburger and we also pride ourselves on our frozen custard […] we definitely don’t call it ice cream because it’s true custard,” Cole said.

Filling orders may take a little longer because at Freddy’s, they refuse to make an order before the customer orders it, Cole said.

He said it certainly makes the city a “go-to” town for lots of different types of places to eat, with having 76 restaurants serving right now.

“When you add various restaurants to the community it makes us more attractive not only to students and local residents, but also to folks in the surrounding region,” Mitchell said.

Mitchell said he has been the economic development director since October 2016 and he’s seen people visit the restaurants from other towns where they may not have the same fast food options.

“They come here, grab a bite to eat and go shopping […] so that increases traffic,” Mitchell said.

Dustin Throgmorton, restaurant general manager, said he attended Carbondale Community High School when the city had steakburger restaurants but his goal is to hire the best people and be the cleanest in comparison.

The restaurant will be hiring students whether they’re in Carbondale for the main school year or summer school students, Cole said.

“In February and March, I’ll be starting to hire […] it’ll be a fun, new concept to work at for sure and it’s going to be a challenge because we’re going to be busy,” Throgmorton said.

Throgmorton said applicants should have a great attitude, work hard and have big smiles while going out of their way to help customers.

The chain has eleven locations in Illinois with the furthest southern location in Shiloh, Illinois. The Carbondale location is set to be at 500 N Giant City Road while another franchise in Marion is planned to open at 2700 West Deyoung Street.

Freddy’s Frozen Custard and Steakburgers was founded in 2002 by by brothers Bill and Randy Simon and their friend and business partner, Scott Redler, according to their website. The three men named the restaurant after Bill and Randy’s father, Freddy Simon, a World War II veteran.