SIU falls to University of Kentucky in basketball season opener 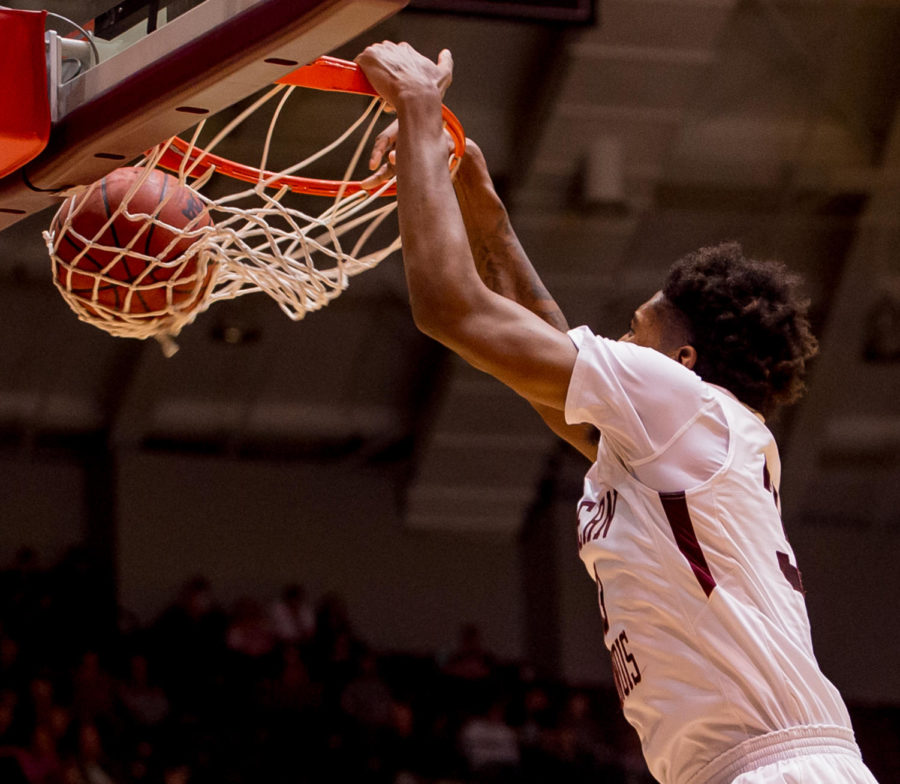 Senior forward Armon Fletcher and senior guard Eric McGill both returned to the lineup after being out in the exhibition game against East Central.

The Dawgs were looking to start off the year with a win against the Wildcats and then return home on Monday to play Buffalo.

This is the first time the two teams have met and Head Coach Barry Hinson said he was looking forward to the opportunity to play the successful basketball team after the East Central game.

The Wildcats were looking to rebound after losing to Duke by 34 points on opening night of college basketball Tuesday.

The Salukis opened up an early 7-4 lead over Kentucky early in the first half after a three-pointer by Fletcher and a rebound by senior center Kavion Pippen that led to a layup.

A steal by junior guard Aaron Cook led to another three-point play pushing the Southern lead out to 10-5 with 15:51 left in the first half.

An offensive rebound by senior forward Rudy Stradnieks leads to a layup by Cook making it 15-8 Dawgs in the first half.

Halfway through the first half Southern led 15-12 after a layup by the Wildcats.

A steal by Pippen led to an assist from him to Senior guard Eric McGill who scored to make it 17-13 SIU.

After a three-pointer by Quade Green ,the Wildcats got their first lead of the game 22-19.

After a defensive rebound by Pippen, an assist by Cook leads to a layup by Pippen cutting the Kentucky lead to 23-21 with 3:57 left in the half.

A rebound by senior center Thik Bol led to a three pointer by junior guard Marcus Bartley giving Southern the lead 26-25 with 2:29 left in the half.

Pippen made a layup with 35 seconds left to make it 29-28 Wildcats.

A foul by Pippen led to two made free throw shots making it 31-28 Kentucky as time expired in the first half.

After four free throws by the Salukis Southern reclaimed the lead 34-32 early in the second half.

Senior guard Sean Lloyd Jr made a layup to extend the SIU lead out to 42-37 with just under 15 minutes left in the game.

Cook made two free throws but the Wildcats responded with a three-pointer to make it 46-43 Southern.

Two jumpers by Kentucky put the lead back their way 47-46.

Cook made a layup to pull the Dawgs within three to make it 55-52 Wildcats with just under eight minutes remaining.

Pippen finished with the team high in rebounds with seven and second in points with 16.

McGill missed the last shot attempt by the Dawgs as they fall to the Wildcats 71-59 in the season opener.

SIU will be back in action on Monday, Nov. 12, for their home opener at SIU Arena against Buffalo at 6 pm.