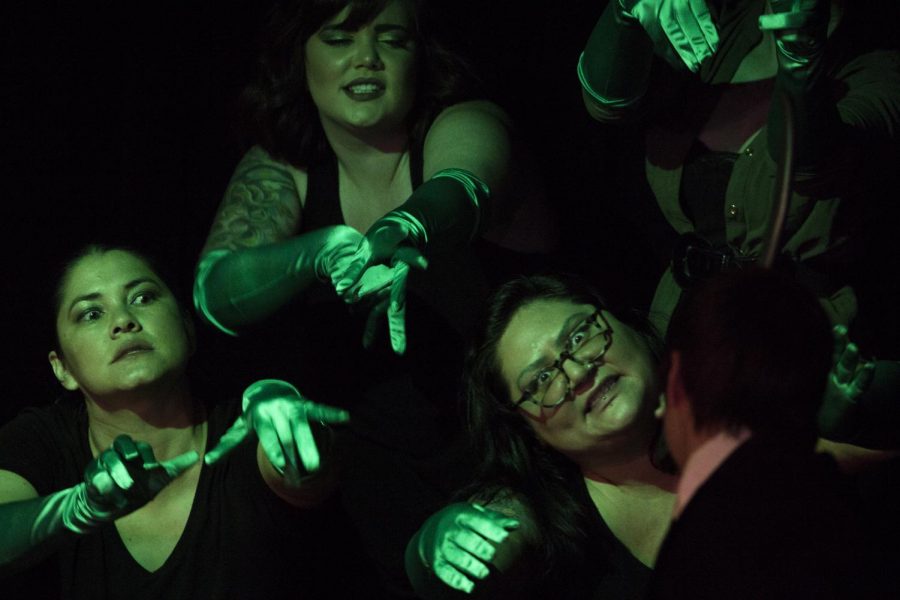 Rebecca Walker has always been fascinated with the myth of Medusa. A Gorgon whose hair made of snakes turns men into stone.

“She’s been written about by so many people throughout history,” Walker said. “Obviously she is a kind of iconic character who has existed since Greek and Roman times, all the way up to today.”

For two years Walker had been gathering information for her production “Hardened”. The play written and directed by Rebecca Walker, an associate professor in the communications studies department, will be presented by SIU students on Oct. 25 through the 27.

“Hardened” is based off of the myth of Medusa. Characters discuss their interpretations of the myth and how the story has been told before, and talk about if Medusa is a victim or has power in her situation.

Walker said the play uses the story of Medusa as an entry point to thinking about the ways that patriarchy operates and how people talk about issues of sexual assault in current events.

While developing the play, Walker said there was a cultural moment when women of the world were fed up.

“I knew I wanted to a show that dealt with women’s issues,” Walker said. “Medusa kept coming to my mind as this really interesting character who’s been written about by feminists theorists and scholars.”

Walker has been working with the cast for two months directing and devising scenes for the show. Students have been given the opportunity to help create the play themselves.

“Dr. Walker is one of our great performance studies faculty here, and I was really excited to have the opportunity to work with her,” Whitworth said. “The way that we are using Medusa and mythology to look at modern-day concerns, cultural concerns and concerns of critical diversity. It’s a really energizing way for me to think about it.”

Shelby Swafford, communications studies Ph.D. student, plays herself in the play along with using her arms to personify the tendrils of Medusa’s hair.

“I have a soft spot for Medusa, you can tell by the giant Medusa tattoo on my arm,” Swafford said. “The theoretical grounding on this show relates to feminism and feminist theory, and those are things that are really important to me and my work. And the idea of retelling the story of Medusa and what we can learn through that process.”

Show times are 8 p.m. Oct. 25 through the 27 at the Marion Kleinau Theatre in the communications building.

Staff photographer Isabel Miller can be reached at [email protected] or on twitter at @IsabelMillerDE.