SIU community remembers Montemagno: ‘He had such a vision’ 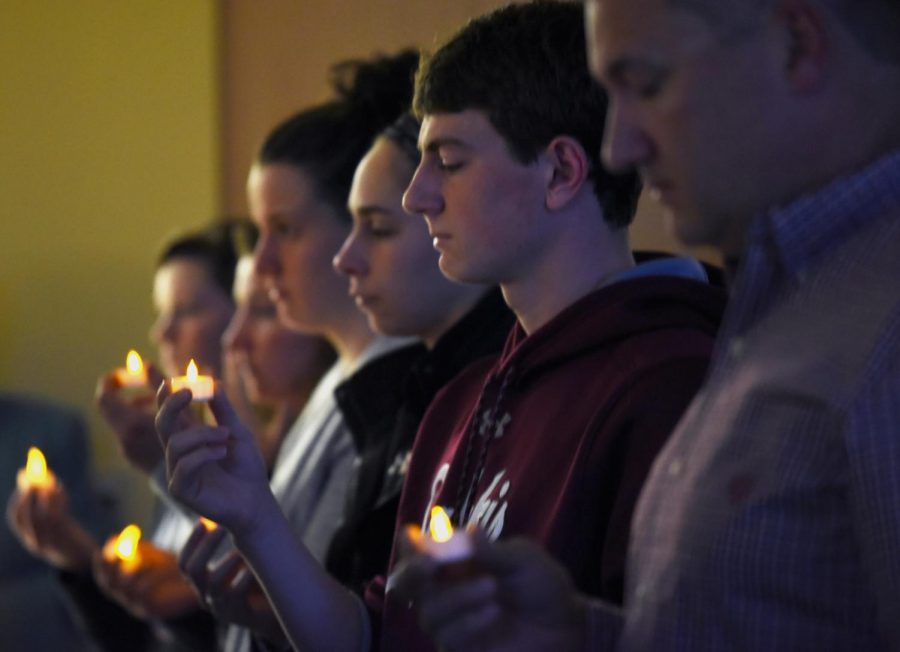 Lori Stettler, vice chancellor of student affairs, opened the vigil with a statement about Montemagno’s philosophy about the school and students.

“He believed that students were the core of everything that we do,” Stettler said.

During the open speaker portion, Elizabeth Hamilton, a graduate student studying communication disorders and sciences, shared her experiences with the chancellor.

Hamilton said Montemagno attended a presentation she did for local legislators. He approached her after her presentation and praised her speech.

“What he said next will remain with me forever as one of the greatest compliments I’ve ever received,” Hamilton said. “He said, ‘SIU is lucky to have you.’”

“It’s not about how big our enrollment size is, or how many famous alumni we have, or what our graduates bring in financially,” Hamilton said. “It’s about what’s in [our hearts].”

Hamilton said Montemagno knew it was what was inside that mattered, and he shared that value with the students.

“The best thing I can close with is to say truly and sincerely from the bottom of my heart, SIU was and is lucky to have you,” Hamilton said.

Phil Gilbert, vice chair of the board of trustees, also spoke at the vigil. He spoke about Montemagno’s hiring process and how impressed the board was with his interview.

“It was a unanimous decision, after all the interviews, that Carlo was the man who was going to lead us into the next decade,” Gilbert said. “He was so energetic, he had such a vision.”

Gilbert said Montemagno’s vision for the university would continue.

“The best legacy that we can give him is to just keep moving forward with the groundwork he has set forth,” Gilbert said.

Joel Sambursky, secretary of the board of trustees, spoke about how Montemagno embodied what it means to be a Saluki.

“He was tough, he was smart, he refused to give up no matter what came his way, he cared deeply for others, and […] he was determined to make Southern Illinois University better than he found it,” Sambursky said. “I do believe he did.”

After the public comments, student trustee Brione Lockett shared his testimony. The vigil ended with a candlelit moment of silence.

A public memorial service for Montemagno will be held Tuesday, Oct. 23, at Shryock Auditorium.

Staff reporter Rana Schenke can be reached at [email protected]