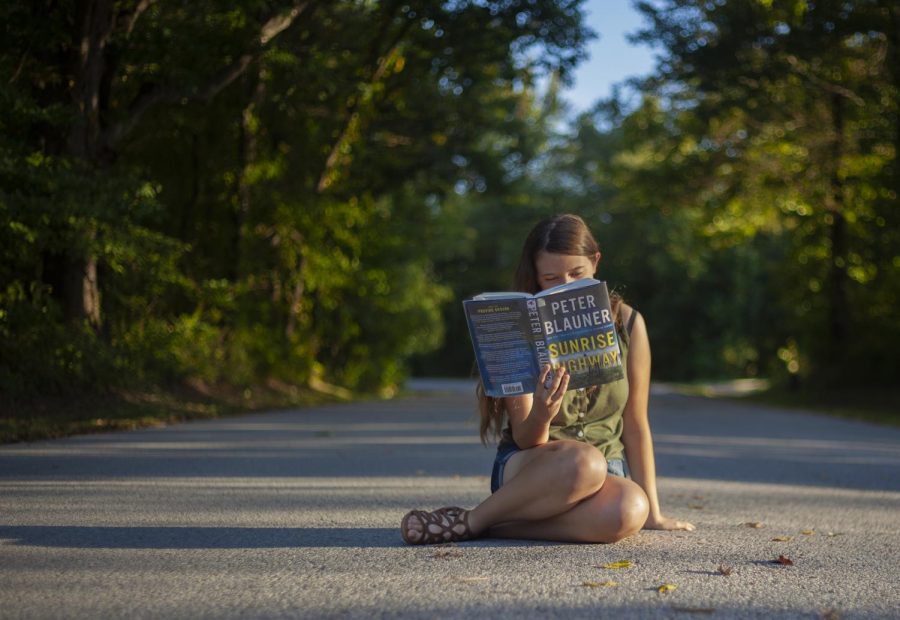 In 1977, a Long Island high schooler is found brutally murdered. With the help of a troubled kid named Joey T as a witness, the prosecutor on the case is able to put away a high school football star who claims he’s innocent.

Forty years later, Joey T is chief of Suffolk County police department. A body washes up on NYPD territory that NYPD detective Lourdes Robles suspects is part of a bigger pattern, one that stretches back over fifteen years and crosses into Suffolk County territory.

The biggest suspense in this book isn’t the identity of the killer; it’s whether Lourdes will be able to successfully prove the killer’s crimes without him killing her first.

The killer’s identity is revealed early on. The reveal was handled well because it wasn’t the typical “here’s the guy committing the murder,” it was the events immediately preceding the murder, then the discovery of the body.

A lot of times the author is trying to go for shock value with detailed descriptions of how the killer carried out the murder and their thoughts while committing it. In this book, the shock value comes from the fact that this man is a seriously disturbed individual who commits multiple violent murders and the entire community just turns a blind eye.

It’s pretty sickening, but it’s also thought-provoking: What if this was your community, your neighbor, your boss or coworker? Would you know? And if you did, would you do something about it?

The chapters in the book alternate between Lourdes’ viewpoint in 2017 and the killer’s story starting in 1977 and working its way up to the present day.

There were two consistent narratives instead of one narrative where the investigator discovers all of the information piece by piece. It’s shown firsthand, which makes it more impactful and more disturbing because you learn exactly what the killer was thinking.

The only issue I had with the switching between narratives was since the second narrative took place over a span of 40 years and a lot of chapters skipped forward a few years from the previous one, it was sometimes confusing to remember when they were taking place.

Then again, I’m not really one for reading chapter names or subtitles unless I think they’re extremely relevant to the plot, like in books where the viewpoint changes between more than two characters.

I did like that the main character was female and Hispanic. I felt that gave a unique perspective for the story, and I don’t think I’ve read a thriller or mystery where the investigator had those characteristics.

I can’t really give an opinion on how accurately the author represented Hispanic women with Lourdes, but I thought she was an interesting character and she brought a perspective to the investigation that was different and interesting.

Lourdes was the only female and non-white officer on the case, and the killer is a racist, white supremacist, and misogynist. Throughout the book, he fixates on her, almost like he’s drawn to her, the exact antithesis of his views and beliefs.

The problem is, he always preys on people in tough situations who can’t fight back and are on their own, people no one will miss. So when he tries to take on Lourdes, it’s more than he can easily handle.

I found it interesting how the evil in the book went beyond the killer into a whole web of conspiracy, blackmail, and lies. It added a lot to the story because he wouldn’t have been able to get away with it all for so long otherwise.

It also allowed the author to show him abusing his power, like when he has Lourdes arrested for a phony charge and all the blackmailing he did using information acquired from his job.

I would have to say that one of the things I didn’t like about the book was the amount of minor characters who were a part of the conspiracy or interacted with the killer. Many of them were introduced in the beginning flashback chapters and then not seen again until much later in the book.

For example, one of the characters is introduced in chapter five, a flashback chapter from 1977 when he and the witness, Joey T, are kids. He isn’t reintroduced until toward the end of the book, at which point I got pretty confused because I didn’t remember who he was.

There were a couple nice things about the extent of the conspiracy, though, like when he blacklists a cadet for asking a question about serial killers and later Lourdes meets the same person in the present, and he had quit the police force and became a bartender.

It really gave a sense of how the killer’s actions ruined so many people’s lives. That was one of the things that really struck me when I was reading the book, how many people’s lives were destroyed because they encountered this singular person.

It wasn’t just his victims, it was their families, the people he pulled over for no reason other than their gender or the color of their skin, his stepchildren who had to grow up in the same house as him.

The expanse of his impact was enormous, beyond even the reaches of the web of conspiracy he reigned over, so I found the ending slightly lacking.

It is satisfying, but I wanted more fallout. I wanted co-conspirators being led away in handcuffs or even victims coming forward and sharing their stories.

This book is an excellent thriller, in the vein of James Patterson and Harlan Coben. I’m hoping to read more from this author soon.