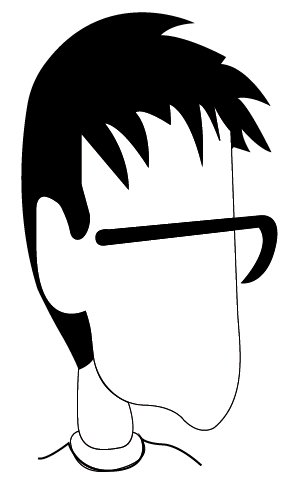 Gus Bode works pretty hard to help the reporters at the Daily Egyptian. He’s constantly correcting mistakes and showing them how they can improve day by day.

But the job does take it’s toll, and Gus can get really frustrated as the months go on. These are the fastest ways to get him to that point.

(Editor’s note: Kill me now. We still have nine more.)

(Reporters note: You put me on the budget for this #youaskedforit)

“Said that” is ten times out of ten, redundant. To keep a story concise and for a reader to understand faster, Associated Press style uses “said.”

That is, unless you’re trying to see an editor’s hair fall out.

We are midway through the semester and Gus Bode reports 30 percent hair loss.

Gus Bode has no tolerance for the devil’s lettuce. If any article even smells like marijuana it will not be published and the reporter will be fired from SIU immediately.

While marijuana is a major part of modern college culture, it’s a difficult subject to report on.

Many students do smoke it, but since it’s still considered a civil offense to have pot on you, those students logically don’t want to out themselves. If only we reported from Carbondale, Colorado.

In AP style, numbers from zero to nine are spelled out. After nine you put the numeral, because it makes for faster readability.

For instance, Gus has zero dollars in his wallet.

That tends to happen when you don’t graduate for 50 years.

4. Not sending peppy emails to the SIU administration

When writing an article dealing with administration, it’s a balancing act. We don’t want to baselessly accuse them, but we also don’t want to hit a wall of public relations rabble.

When writing an email to anyone in administration, you need to be professional, direct and brief.

However, Gus Bode is a very peppy person. He becomes extremely judgmental when you do not include exclamation points and smiley faces to the university administration.

5. Asking if you are fired yet

Gus is a hard person to read, even as far as people without faces go. He’s always got a blank expression.

When editing an article with him, many times you’ll hear a heavy sigh with zero context, and it’s hard to tell how bad the article is.

6. Putting any creativity into your articles

Frankly, Gus is a vulture. He will rip out any aspects of creativity from your story and leave it a bare carcass. You’d be surprised how much credit he’ll take for this article.

Since news reporting follows specific rules to avoid editorializing, Gus turns sentences with lots of flavor and character into bland words on a digital page.

Any verb other than said, any adverbs or adjectives, Gus will raze a 800-word classic to a 400-word dud, screaming “fake news.”

7. Telling him that he cannot quit his job to play Spider-Man

We all have times in a stressful job where we stop seeing the point in what we’re working toward. Gus has these times a little more than most.

Right now, he’d rather be playing Spider-Man in the dark instead of having an existential crisis about why he hasn’t graduated in over 50 years.

8. Comparing him to something in pop culture

Anytime you say Gus reminds you of the editor from Jane the Virgin or Stuart from The Big Bang Theory, he doesn’t feel original and has to re-evaluate his entire persona.

Gus Bode’s self-esteem hinges on his originality. he said he’s “not like other girls.”

This is why he shops exclusively at Hot Topic, refuses to drink Starbucks and comes to work in his favorite Spider-Man costume.

9. Not laughing at his jokes/nerdy old references

Gus Bode is still a long time employee, and his references are stale from the 80’s and 90’s.

“The Daily Egyptian, completes, me,” Bode said. “Come on, no one? Tom Cruise?”

Gus is cooped up in a newsroom all day, so it makes sense he doesn’t get out much.

This gives him plenty of time to come up with new jokes. However his inspiration is limited to a group of stressed out reporters while he spends endless hours correcting their commas and capitalization.

10. Sitting in his chair

Gus Bode is possessive of his chair and constantly threatens to quit his job if you steal it.

Gus Bode has very little motivation to come to work as is, and there’s a short list of comfortable chairs in the newsroom.

When you steal his “only piece of happiness in this entire budget cut of an office” he becomes increasingly distressed, and will need to break out the beer that’s been in his desk drawer since 2008.

(Editor’s note: Seriously, how many times do I have to put these to explain myself? It’s the best chair.)

Staff editor Gus Bode can be reached at [email protected] or at his home playing Spider-Man.