Gays in the Greeks: Fraternities attempt for identity inclusion 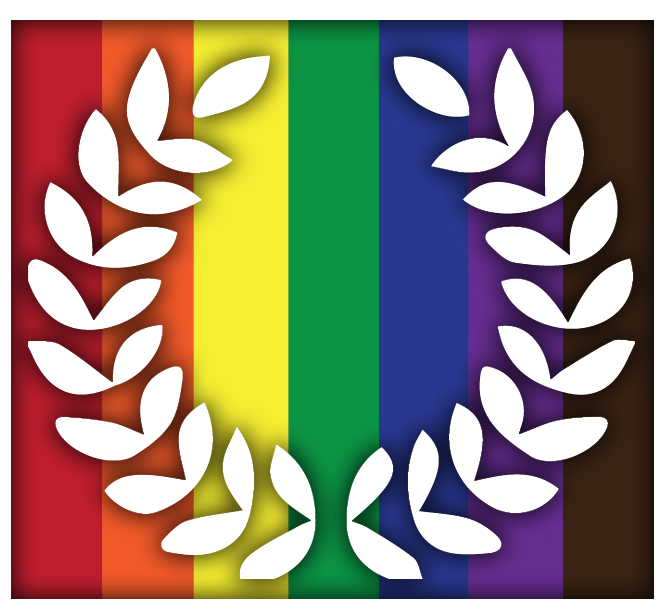 Nick Wilkerson, a bisexual member of Sigma Pi fraternity and junior studying cinema and photography, said fellow members of his fraternity don’t think any less of him for being a part of the LGBTQ+ community.

“You already have the strength to come out as who you are as LGBT so who cares what anybody else has to say,” Wilkerson said. “They’re not important and who is important is your brothers or your sisters.”

Michael Swanson, a senior studying aviation management and a gay member and fraternity education of Lambda Chi Alpha, said while LGBTQ+ fears of hazing are not unfounded, Greek life is on a path to becoming more inclusive.

“We don’t care who you are or who you love,” Swanson said. “We have alumni in our organization who are gay, who pass through just fine. Then there’s me, I’m passing through and I’ve been doing just fine. I know that’s not going to be a track we fall off of.”

Swanson said being LGBTQ+ didn’t influence his decision to join, but it was something he had to keep in the back of his mind.

“If I do join a fraternity when is it going to come to the point that I have to tell my brothers and whether or not that acceptance would be brought about at the same time,” Swanson said.

Coming out in his fraternity was a very accepting experience and that’s one of the benefits of living in Carbondale, Swanson said.

“Whoever is in that support system for you is actually going to be there for you, through thick or thin, without any reservation about who you are, who you love, [or] most other views that you have,” Swanson said.

“From the experiences of a gay guy,” Anderson said. “I definitely would be pretty afraid around a bunch of hyper-masculine bro-dudes.”

Wilkerson said LGBTQ+ students will not be harassed by Greek life on campus.

“You’re not going to get harassed,” Wilkerson said. “You have so much support on this campus it’s crazy.”

“A lot of what fraternities are is tradition,” Green said. “But, at the end of the day if you’re not willing to take a look at yourself and say ‘Hey maybe the way that I’m thinking is wrong’ or ‘Maybe I should change the way that we implement certain policies’ then what are you doing?”

“In accordance with the Creed of the Fraternity, no Chapter shall deny membership to an individual meeting the criteria outlined in this article and the academic standards of both the Fraternity and the Chapter’s host institution based on race, color, ethnicity, country of origin, sexual orientation, religion or disability,” according to the Sigma Pi national website.

Green said anyone who wants to join the fraternity, who wants to live by its moral code, should have that right regardless of their sexual orientation.

Wilkerson said Carbondale is a place to strengthen yourself and find a sense of identity.

“There’s a really strong LGBT community not only on campus but in this town as well,” Wilkerson said. “I think it’s pretty unique for southern Illinois because most people when they think of the area […] they don’t think of LGBT inclusiveness, it’s actually quite the opposite.”

Swanson said he doesn’t know why more LGBTQ+ students aren’t joining Greek life. He said he thinks it does have to do with the media biases of what people read.

“People are fearful about what could happen to them instead of what they’re going to get out of it,” Swanson said. “I’m not condoning hazing with that statement I’m just saying it seems to be a barrier that we don’t do more to improve the media outlook on Greek life.”

The Daily Egyptian contacted all 11 sororities at SIU, regarding LGBTQ+ inclusion and none of them returned comment.

Swanson said a way to reach out to more LGBTQ+ students would be to contact the Saluki Rainbow Network, something his fraternity has yet to do.

“Over the course of the three years that I’ve been in Greek life here it’s something I haven’t seen,” Swanson said. “I think it is incredibly unfortunate that Greek life’s not doing more to reach out to other directions.”

Many co-hosted events are between other fraternities and sororities rather than reaching out to different types of groups, Swanson said.

“They want to create self-recruitment from within the community without the realization that there are other resources,” Swanson said.

There are people outside Greek life that could only improve Greek life but also improve their organizations as well, Swanson said.

“I’d say for anybody who is within the LGBT community if you’re considering going through Greek life, don’t be scared,” Swanson said. “Whatever organization you join everyone is going to be there for you no matter what.”

Staff reporter Austin Phelps can be reached at aphelps@dailyegyptian.com or on Twitter at @austinphelps96.