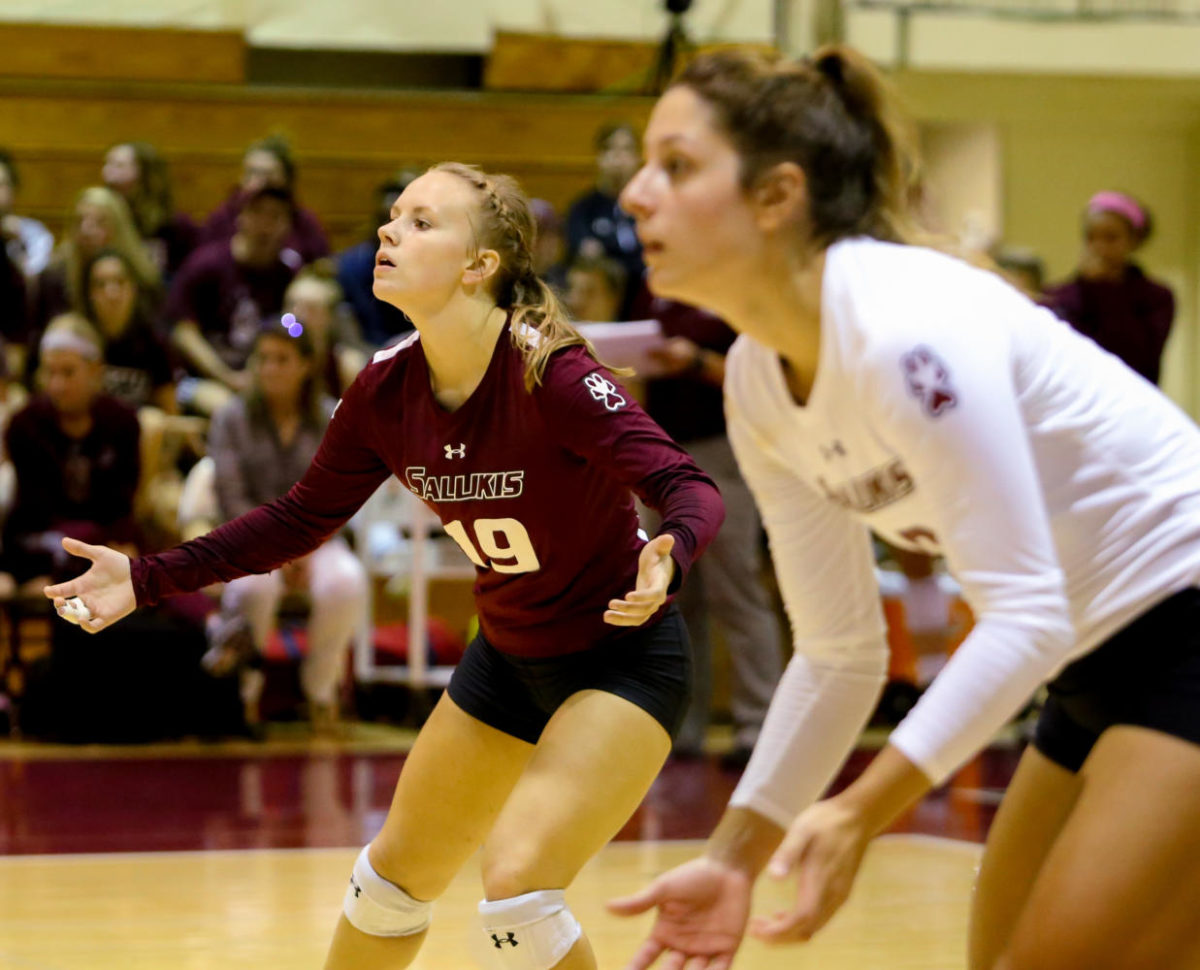 SIU fell short in their conference opener against the Bradley Braves (11-2) losing in three sets.

This game was the 65th meeting of the two teams dating back to 1975.

SIU leads the all-time series with a record of 45-20 with one win being added to the Braves from tonight’s match up.

The Salukis came into the match looking to shake away two previous losses in Arkansas and hoping to break the Braves’ four-game winning streak.

The first set saw a close start with both teams trading kills and errors.

Southern hit a 3-0 scoring run during the beginning of the set powered by two blocks and one kill by senior middle blocker Patience Brown.

Brown went on to finish leading the team in kills with nine and blocks with three.

Bradley answered this by later sparking their own 4-0 scoring run overtaking the Salukis and the score hit 13-9 with the Braves ahead.

SIU was unable to regain the lead and lost the set 16-25.

The Braves kept their energy going into the second set and went on a 7-0 scoring run against the Salukis.

The run was then broken by a kill from sophomore opposite hitter Maggie Nedoma.

Bradley went on to have two more scoring runs, one being 4-0 and another being 3-0.

Southern could not fight their way back from the point deficit and lost set two 12-25.

The third set saw a close start with the score tied at 5-5 with two kills from sophomore hitter/setter Rachel Maguire and one kill from senior outside hitter Malvis Ortiz.

The score remained close hitting 16-14 with SIU ahead seeing three more kills from both Maguire and Ortiz.

Ortiz tied with Brown to lead the team in kills with nine total.

This was quickly broken by kills from Rachel Maguire and junior setter Alayna Martin to put the Salukis up by one.

The set remained close, but the Bradley rallied to win the set 25-21.

Despite Southern’s loss, Coach Kari Thompson was pleased with the play of Rachel Maguire who recently returned from an injury and finished tonight’s game with seven kills.

“I thought she was a good spark in that third set,” Thompson said. “She just competes hard every play and that’s something that we lost when she got hurt.”

The Salukis (4-10, 0-1 MVC) will take the court again tomorrow with another home game against the Illinois State University Redbirds. First serve is scheduled for 7 p.m.