In the Dawg Pound with Dillon 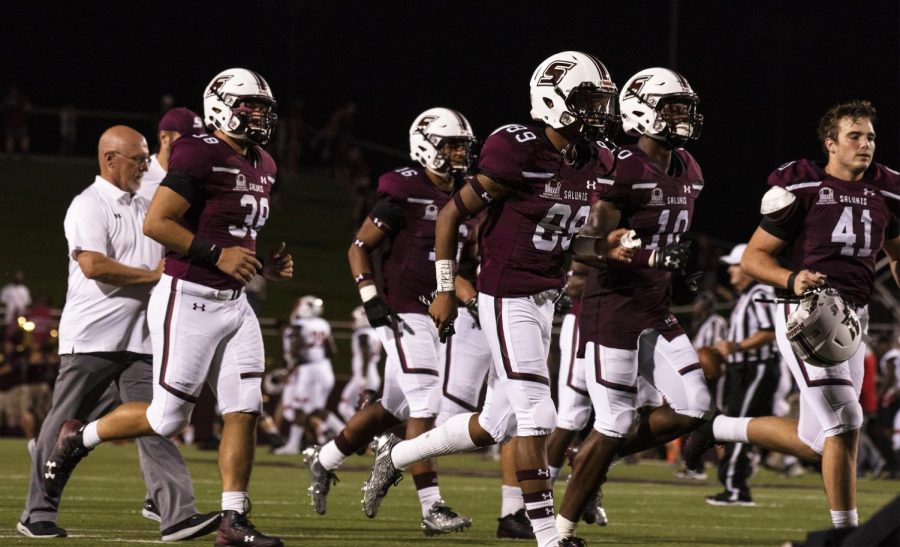 After a strong performance against Murray State to open the 2018 season, the Saluki football team has lost two consecutive high scoring games.

SIU’s season opener, 49-10 win against the Racers was nothing short of impressive as they made a bold statement with both their offense and their defense.

Not to mention, they also forced six punts and limited the opposition to only ten points.

While the defense looked on point, the offense was nothing to sleep on, as senior quarterback Sam Straub threw for 107 yards on 16 completions.

The senior tagged on a touchdown while also giving up an interception.

However, junior running back D.J. Davis was even more impressive with his 128 yards on 19 attempts.

While Murray State is a solid team, they’re not exactly Ole Miss, SIU’s next matchup and first big test of the fresh season.

Prior to taking on the Rebels, I said that SIU needed to make it a close game in order to establish some confidence and make a statement.

I was afraid that if the Salukis got ran over by Ole Miss then they would struggle for the rest of the season.

However, the Dawgs gave the Rebels a run for their money for the first three quarters.

Although SIU did not take the win as they did lose 76-41, they did show that they can hang with some of the top teams.

Southern traded touchdowns with Ole Miss and even led 38-35 going into halftime.

Coming out of halftime the Rebels put up a quick touchdown that SIU replied to with a field goal.

After adding three points late in the third quarter, the Salukis could not find themselves on the scoreboard again.

The offense showed it really can beat any defense, as they did put up 41 points.

Davis did what Davis does in the contest, netting 121 rushing yards on 16 attempts.

While the offense did look solid through three quarters, they still fell off in the end, which is a big flaw.

When games come down to the wire and every first down matters, Carbondale is going to need their football team to keep it together in the clutch moments.

Then there’s the defense that reared its ugly head in the game.

Not to mention they only forced the Rebels to punt twice and also gave up 76 points.

The offense can only do so much. They can score til the cows come home, but if the defense keeps allowing the other team to walk right into the end zone, then what good is the offense doing?

What bothered me about the Ole Miss loss is that it reminded me of the loss to Memphis in the 2017 season.

Last year SIU played with the Tigers all the way to the very end, until the offense fell off and they pulled away.

After losing to Memphis, the team just did not look the same in my eyes.

The offense was not playing on the same level and neither was the defense.

Of course they still had some big wins, such as the 42-7 win against Illinois State, but still they just did not play on the same level as they did prior to the loss.

It is tough to compare Ole Miss to Memphis, but prior to play SIU in 2017, Memphis was coming off of a big win against UCLA, which I would imagine gave them a lot of momentum and plenty of confidence.

In hopes that history would not repeat itself, the Salukis took on their rival, the SEMO Redhawks.

It was like watching the same game against Ole Miss without the falloff in the end.

Southern continued to put points on the board, despite three first quarter interceptions by Straub.

However, the ugly thing we call defense reared its head yet again and could not stop the Redhawks from scoring therefore losing them the game yet again.

Something has to change or the Salukis are going to continue dropping games that they should be winning.

I do not care what the situation is or how good the other team is, giving up 40 plus points in a game is just poor defense.

Unless the offense is continuously turning the ball over in dangerous spots, I think a majority of the blame belongs to the defense.

SIU will be taking on another tough opponent on Sept. 29 when they face South Dakota for Family Weekend. Kick off is scheduled for 6 p.m.

Sports editor Dillon Gilliland can be reached at [email protected] or on Twitter at @DillonGilliland.