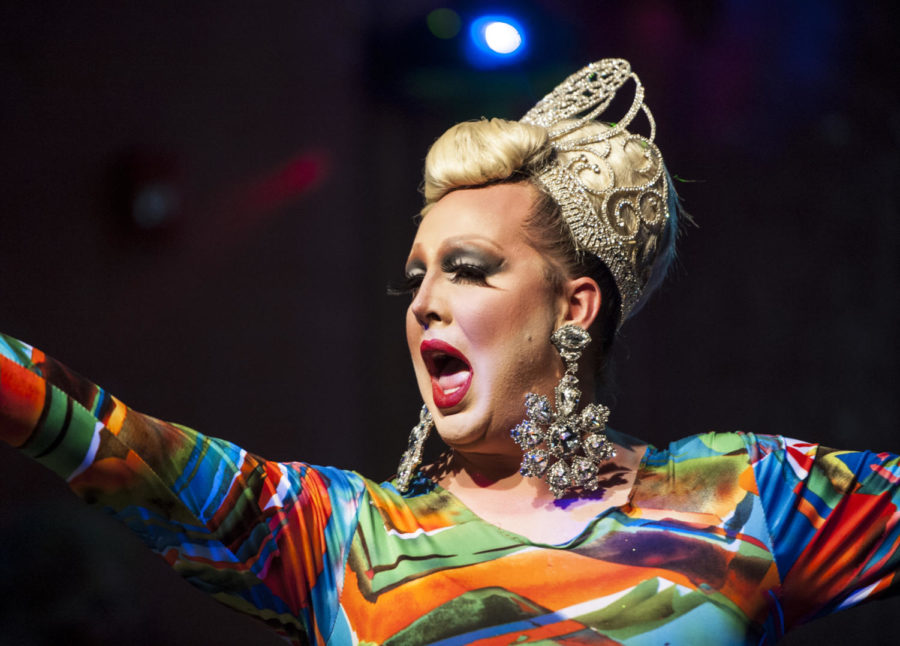 Southern Illinois’ first Pride fest came to a close Sunday with church services, an interfaith talk and a film showing, after a weekend of drag shows, bingo and Pride celebrations.

Sunday began with Pride church services at the Carbondale Unitarian Fellowship with Church of the Good Shepherd, followed by the Ralph Anderson Interfaith Dialogues: Coming Out in Faith.

Pride fest celebrations began Friday at the Varsity Center with an art gallery and movie night. Artist Shawn Vincelette showcased his graphite drawings on recycled paper. The drawings showed various public figures, including Queen Elizabeth of England and Harvey Milk, who was one of the first openly gay politicians.

Festivities continued Saturday with a Pride walk in the morning, where participants dressed up and let their Pride flags fly. Afterwards, local drag queens hosted a bingo event at the Varsity Center.

A Rainbow Cafe youth event took place at the Gaia House Interfaith Center, ahead of a Rainbow Cafe benefit at the Street Bar. Both events featured drag shows, in which local and regional performers volunteered their talents. The Street Bar benefit also had local bands Trophy shop and Sleeping Tapes, who donated their time to live shows. All proceeds will go toward keeping the Rainbow cafe’s doors open longer.

All of the people who helped and performed during the festival were volunteers and drag queen Christina Garnette said she did it for the Rainbow Cafe kids.

“There are people out there for you and until they really know what you have gone through they don’t understand. So let them know, open their eyes that being gay, transgender, or whatever you label yourself as, is you,” said Garnette.

Volunteers at the Rainbow Cafe have previously taken kids to the nearest Pride fest every year, which used to be St. Louis or Springfield.

“It shouldn’t just be a thing that’s in the huge cities because everyone has this idea that the gays live in the city and everybody else is straight and it’s like no,” volunteer Maggie Lacheta said. “A very big aspect of the LGBT experience, especially in rural areas, is a certain amount of isolation.”

In the past the only local Pride event was a Pride picnic hosted by the Church of the Good Shepherd, which takes place in September.

“What we wanted to do with this is make the festival more visible,” said Rainbow Cafe board chair and Pride fest organizer, Tara Bell-Janowick.

The festival was made possible by 27  local organizations and churches and was headed by the Rainbow Cafe, a youth drop-in center and safe space for 13 to 19-year-olds.  Southern Illinois Pride was also able to raise $700 for the weekend using GoFundMe.com.

Lacheta said she hopes that Pride fest will become a yearly thing for Carbondale and with this year’s turn out, she is optimistic that it will.

Staff writer Hannah Smith can be reached at [email protected]