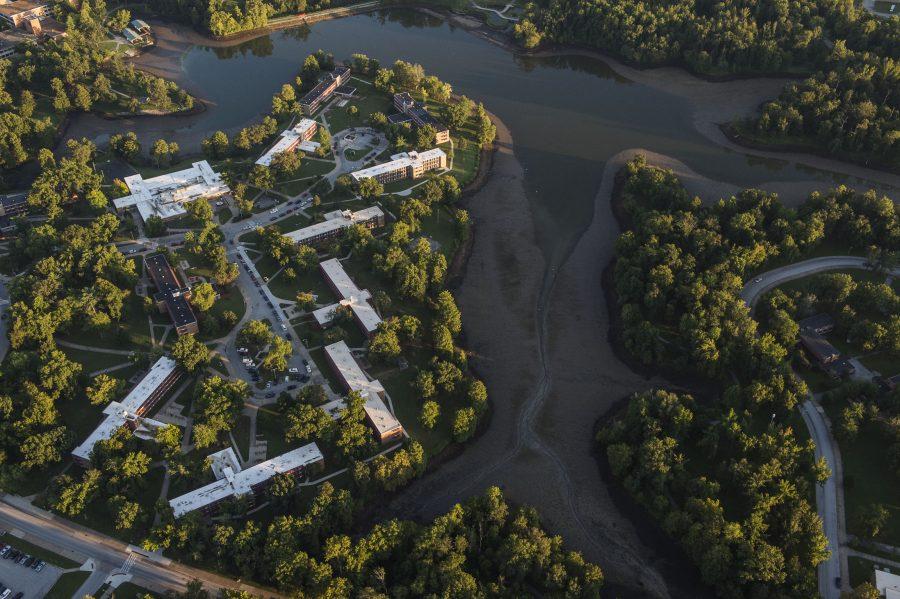 The Undergraduate Student Government passed a resolution to the chancellor’s office requesting to make the campus use 100 percent renewable energy at its final senate meeting.

The resolution also requests shutting down the coal plant.

USG Senator for the college of business Zhi Hao “Eric” Tsang and Dylan Gibson, a SIU alumnus with a degree in biological sciences proposed the resolution to the senate.

“It’s a call to action,” Gibson said. “We need to develop a plan to move towards renewable energy and retire the coal plant.”

Gibson said as a short term goal, the resolution requests the chancellor release a statement saying he’s committed to making the campus use 100 percent renewable energy.

“We still have a long way to go to work out the specifics,” Gibson said. “One option is installing renewable energy insulation, like solar panels.”

Gibson said the university could follow SIUE’s path and purchase all of its energy using renewable energy credits.

“No, we are not demanding for an immediate blackout,” Tsang said. “It might take years, fine. It is time for us to start doing it right now.”

Gibson said Divest SIU, a student-led campaign group which Gibson is a member of plans to release an additional letter to the university administration. The letter will call on SIU to move away from fossil fuels in general.

“Which includes the research we do into fossil fuels,” Gibson said.

“I like this concept, I’m for it,” Wiltowski said. “But we can’t do it with today’s technology.”

Wiltowski said since students are against the use of coal, it needs to be rebranded and its focus should be on what products coal is used to create.

“Did you know that Tylenol is made from coal?” Wiltowski said. “Ask people around, who knows about this? No one. So coal has to be rebranded.”

Wiltowski said no one would want to have an energy crisis on any side of the energy discussion.

Gibson said the chancellor should be looking into sustainability as part of his plans to revitalize SIU.

“He hasn’t really proposed anything to address his sustainability or environmental issues, that’s one thing we’re trying to point out,” Gibson said. “When we do initiatives like [this] it also facilitates a positive image for the university. That could increase enrollment.”

Staff writer Jeremy Brown can be reached at [email protected]