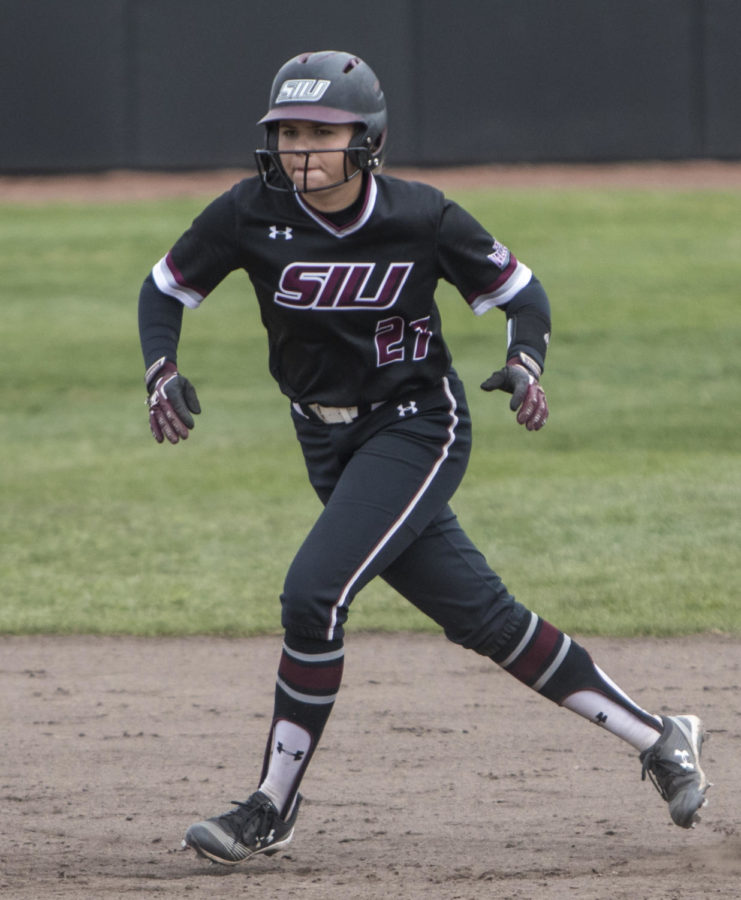 Saluki sophmore Maddy Vermejan takes a lead off of second base Sunday, March 25, 2018, during the Blackout Cancer game, where the Salukis took a 6-3 win against Illinois State University, at Charlotte West Stadium. (Corrin Hunt | @CorrinIHunt)

Saluki softball took on the Murray State Racers in their final non-conference game of the season.

The Salukis struck first late in the game as they put up three runs in the fifth inning.

With runners on second and third, sophomore second baseman Maddy Vermejan tripled down the left field line to clear the bases for a two-run lead.

With a sacrifice fly, Vermejan made her way home for the 3-0 lead after five innings.

Vermejan finished the game 2-4 with two RBI and one run.

The Racers put up one run in the sixth, but it was not enough as SIU took home the 3-1, win earning their redemption.

Junior starting pitcher Brianna Jones (17-4) got the win after pitching the complete game. She gave up only one earned run on five hits with six strikeouts.

SIU (21-15) will return home for a doubleheader on Friday against Indiana State. First pitch is scheduled for 1 p.m.