Saluki baseball holds on for win against Eastern Illinois 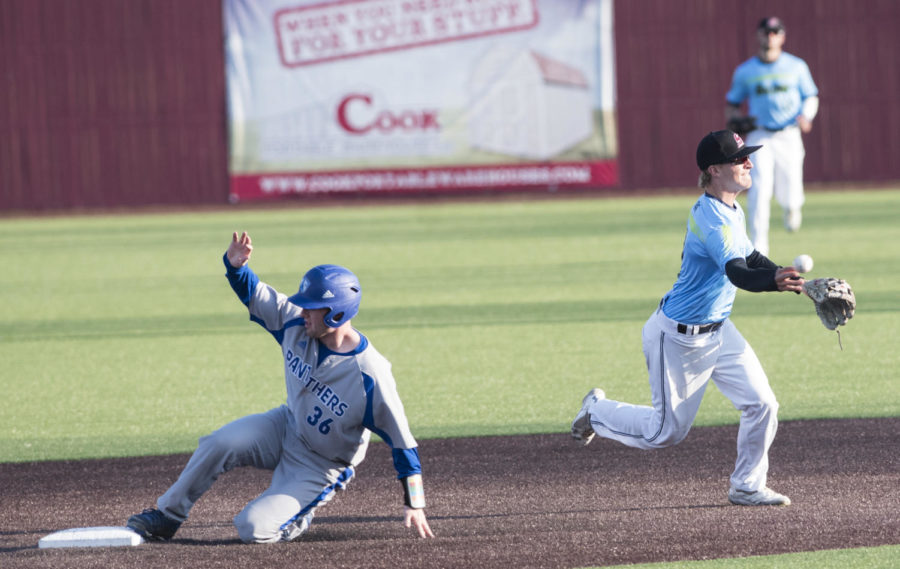 SIU came into the contest looking to maintain its perfect record against Ohio Valley Conference teams, as the Salukis were 6-0 against OVC opponents this season.

The Salukis were also in search of a second straight victory before taking on nationally-ranked Dallas Baptist University this weekend.

EIU struck first in the top of the second as senior third baseman Dougie Parks sent a home run over the left field wall for the first run of the game.

Southern answered right back in the bottom of the inning with a leadoff double by senior first baseman Logan Blackfan. Blackfan proceeded to third on a wild pitch and made it home on a sacrifice fly from junior left fielder Alex Lyon.

The Panthers took back their lead in the fourth as Parks doubled to left, only to be cleaned up by another double to make it 2-1. Parks finished the game 3-4 with two runs, one RBI and a home run.

After trailing in the first few innings, the Salukis found their first lead of the game in the fourth.

With men on second and third, sophomore catcher Mitch Fairfield cleared the bases with a two-run single for a 3-2 lead.

Southern stretched its lead to 4-2 in the fifth as junior second baseman Nikola Vasic scored from third on a wild pitch.

After a quick run by Eastern Illinois, SIU added to the lead with a double from senior designated hitter Drew Curtis and an RBI single by freshman third baseman Grey Epps — who went 3-4 with an RBI — for a 5-3 advantage after six innings.

“I was getting a lot more fastballs today than I was in the past,” Epps said.

While SIU did not put up another run in the game, the relievers kept the Panthers scoreless through the final three innings for the 5-3 win.

“It was a really good job by our bullpen,” head coach Ken Henderson said. “They came into some jams and got out of them.”

“He did a pretty good job,” Henderson said. “He went further than he’s went all year.”

Senior closer Ryan Netemeyer got his fifth save of the season after closing out the final inning.

While the top three spots in the Saluki lineup did not achieve a single hit, the rest of the lineup netted nine total hits.

“Every time the bottom produces we put pressure on the defense,” Epps said.

The Salukis (18-14, 4-2 MVC) will travel to Dallas, Texas on Friday to take on DBU in a three-game series. First pitch is scheduled for 6:30 p.m. Senior starting pitcher Michael Baird will get the start.

“We have a lot of momentum,” Epps said. “I’m just excited to go down there and play some good competition.”