Salukis fall in doubleheader versus Drake 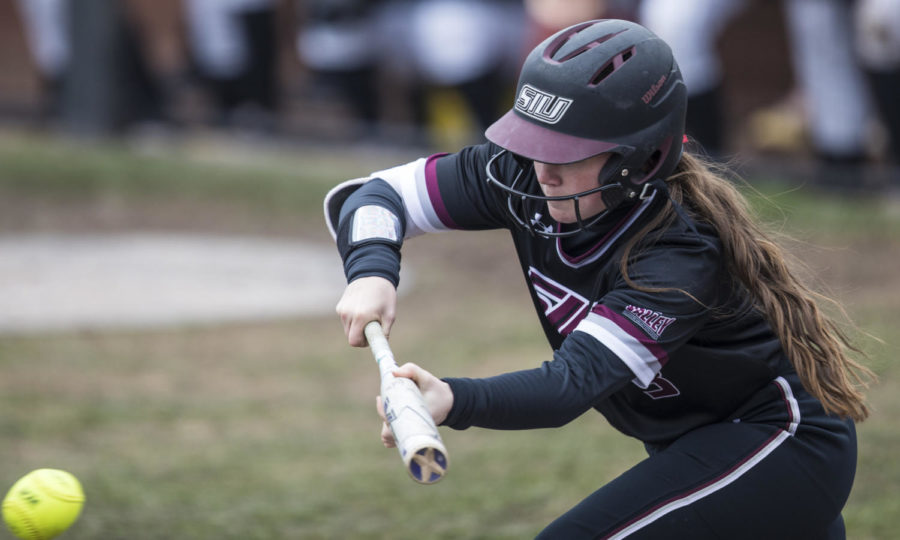 Southern found itself on the wrong side of a no-hitter in the first game and was bested 7-2 in the second game.

“I was really pleased with the way we pitched today,” head coach Kerri Blaylock said. “We just didn’t make any adjustments hitting-wise; we worked all week on hitting ground balls and all we hit was fly balls.”

The series was initially to be held in Des Moines, Iowa but was moved to Carbondale due to weather changes concerns. However, Drake was still the home team.

The first game saw a duel by both pitchers, with junior Brianna Jones throwing for the Salukis and junior Nicole Newman tossing for Drake.

It was not until the third inning when Drake threatened, putting runners in scoring position after a leadoff bunt single followed by a walk. The Bulldogs delivered an RBI single to take a 1-0 lead.

However, Jones stopped Drake from scoring throughout the rest of the game, but the one run proved enough for Drake to secure the victory behind Newman’s gem.

Newman pitched all seven innings in her no-hitter with a whopping 17 strikeouts, shutting down the Saluki offense all game.

“You have to give credit to Nicole Newman flat out being one of the best pitchers that our conference has ever seen,” Blaylock said. “But she has been beaten and you have to try and make adjustments.”

Drake was held to six hits during the game by Jones as she also tossed six strikeouts.

In the second game, the Bulldog offense came alive early against senior Savanna Dover in the second inning with the bases loaded and no outs. Drake turned the rally into a two-RBI single followed by a sacrifice fly to take a 3-0 lead.

It took until the fourth for the Salukis to notch their first hit when senior third baseman Sydney Jones launched a two-run home run into left field to narrow the score to 3-2.

“We’re going to have to come out ready to swing and be aggressive early tomorrow,” Jones said. “We were trying to get on top of the ball all game but sometimes that doesn’t work in your favor.”

SIU’s only other hit of the day came when senior designated hitter Haley Andrus followed Jones’s blast with a single.

However, Drake added two more runs in the bottom of the fourth on a pair of RBI singles to move its lead to 5-2.

Drake continued to add to its lead in the fifth with a two-RBI single while the bases were loaded for a 7-2 advantage, a lead that stood for the remainder of the contest.

Sports writer Ryan Demer can be reached at [email protected] or on Twitter @RyanDemer_DE.