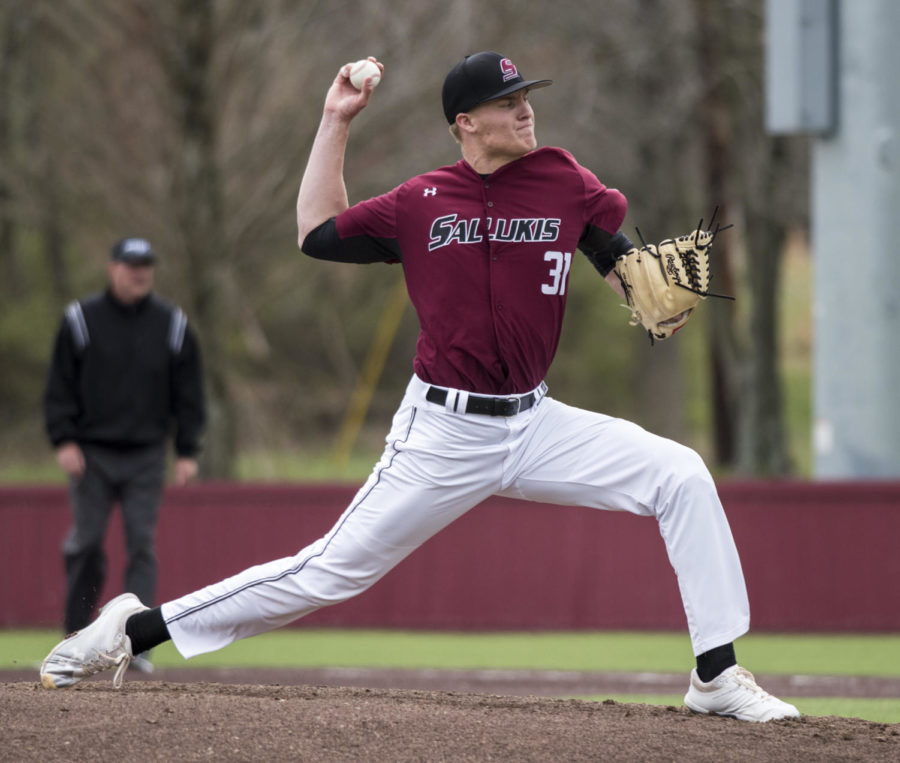 SIU came into the game trailing the all-time series 1-2 as the squads split two games in 2007 and suffered a loss in the NCAA Tournament in 1966.

After a four and a half inning pitchers’ duel, the Salukis were finally able to score in the bottom of the fifth as sophomore catcher Austin Ulick singled down the left field line.

“That start frustrated us today,” head coach Ken Henderson said. “We didn’t get a lot of barrels on the ball early, but Michael [Baird] kept throwing up zeroes till we could get something going.”

On a groundout and a single by freshman center fielder Brad Hudson, Ulick made his way to third, only to be brought in on a hard hit ball by junior second baseman Nikola Vasic, who reached on fielder’s choice, to make it 1-0.

“That first run was huge,” Henderson said. “That was the biggest one because it broke the ice.”

After it got a foot in the door, SIU kicked the game wide open with a three-run inning as senior first baseman Logan Blackfan reached on an error, followed by a double by senior designated hitter Drew Curtis for another run.

With a single by Ulick and a triple by freshman third baseman Grey Epps, Southern posted two more runs on the board and stretched the lead to 4-o heading into the seventh.

As if the four runs were not enough, Curtis sent a two-run homer over the wall to make it 6-0 after eight innings.

After eight scoreless innings pitched by senior starter Michael Baird, he finally cracked in the ninth as he gave up a two-run shot to junior shortstop Sam Shaikin to make it 6-2.

Despite a rough inning, Baird was too much for the Crusaders to handle, as SIU took the first game of the series with a 6-2 win.

Baird (3-2) claimed the win in his complete game with eight shutout innings and five strikeouts.

“I just tried to throw strikes and make them hit it,” Baird said. “If they want to win the ball game they have to hit it.”

Despite multiple strong outings this season, Baird was as dominant as ever on Friday.

“Michael Baird was awfully good for us today,” Henderson said. “It’s the best he’s been all year.”

Southern’s defense put on a clinic, as it pieced together four double plays, a new season-high.

“Defense was good today,” Henderson said. “We put up four double plays and a couple of them were really nice.”

“It was a good day,” Henderson said. “Early on it was frustrating, but we kept grinding and kept battling at the plate until we found a way to get some runs.”