Dawg talk with Dodd: Loyola putting MVC on the map 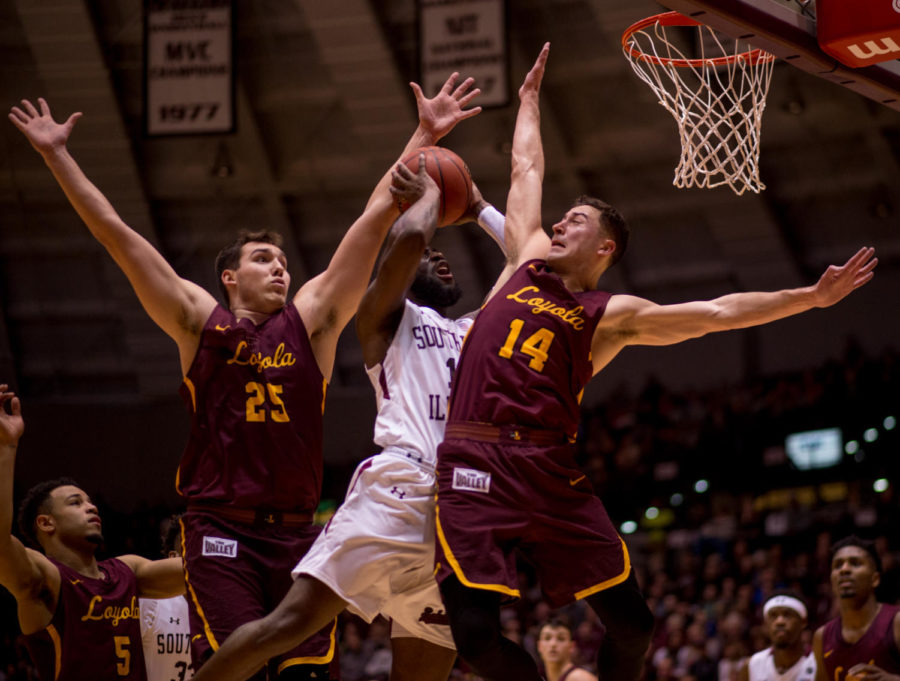 Every NCAA Tournament there is one team that pulls off an improbable run with a streak of upset wins. This March, the Loyola Ramblers have played the role of Cinderella in their shocking run to the Final Four.

Members of the Missouri Valley Conference since 2013, the Ramblers claimed their first conference title this season with a 25-5 regular-season record. With the No. 1 seed in the MVC Tournament, Loyola clinched an automatic bid in the NCAA Tournament, the only Valley team to do so.

In what may be the wildest March Madness to date, the No. 11 Ramblers tied the lowest-seed to reach the Final Four. No. 11 seeds Louisiana State in 1986, George Mason in 2006 and Virginia Commonwealth in 2011 all lost in the semifinal round.

Loyola now marks the second time in five years that an MVC team has reached the Final Four, as Wichita State reached that mark in 2013.

During the MVC Tournament, ESPN bracketologist Joe Lunardi shared on Twitter that he did not believe Loyola would secure an at-large bid if they went on to lose Arch Madness.

Even with an RPI of 22 in the eighth-best conference in terms of RPI, there is a fair chance that Loyola’s run would have never happened had Illinois State pulled off an upset in the championship game in St. Louis.

Now, the Ramblers have joined the likes of powerhouse programs such as No. 3 Michigan, No. 1 Villanova and No. 1 Kansas as the last four contenders in the tournament.

While most MVC fans, myself included, are ecstatic about the MVC being represented in the Final Four, there are some die-hards of Valley schools that fear Loyola will turn into the league’s next dynasty.

Since 2013, the conference has seen Creighton and Wichita State pack its bags and head for new leagues following dominance in the MVC and deep runs in the NCAA Tournament. Now, some fans fear Loyola will be the next rule the conference until a richer opportunity presents itself.

I say ride this thing out and root for the magic to continue for the Ramblers. They have come this far, why stop now?

After all, this miraculous run has netted the MVC north of $8 million dollars that will be paid out of the next six years. That means from the current earnings, SIU is slated to receive approximately $100,000 in each of those years.

Sure, this Cinderella run will help with Loyola’s recruitment. It may even lead to the building of a powerhouse in the MVC, but it puts national attention on the Valley and other mid-majors around Division I basketball.

The seed has now been planted that mid-major schools deserve a spot in the bracket, opposed to an eighth-place team from a power conference.

This year, the underdog has run through Miami, Tennesse, Nevada and Kansas State. The only thing standing in the path Loyola’s first trip to the championship game since 1963 is the Michigan Wolverines.

With a win, the Ramblers would become the lowest seed to ever reach the final game of March Madness. As crazy as the tournament has been so far, and with the power of Sister Jean on their side, maybe the Ramblers can pull it off.