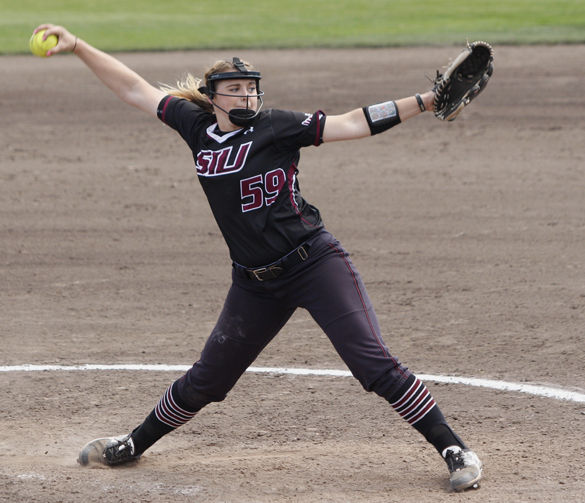 Southern got on the board early in the first due to errors by SLU, one a wild pitch that scored sophomore right fielder Susie Baranski. A throwing error then brought sophomore catcher Katelyn Massa in and put SIU up 2-0.

Freshman center fielder Jenny Jansen followed with a two-run home run in the third inning. Shen then, in the fifth, blasted a solo homer, her sixth of the season and second of the game for a 5-0 advantage.

In the sixth, Massa corked a bases-clearing single and increased the lead to 8-0. Mass then scored on an RBI single from Jansen.
Jansen batted 3-3 during the game with 4 RBI while Massa was 2-3 with 3 RBI.

Junior Brianna Jones was sent to relieve Dover in the sixth and after she allowed a couple of RBI singles, retired three consecutive batters.

Jones followed with a scoreless seventh inning that sealed the victory for the Salukis.

The Salukis play a doubleheader Saturday at Charlotte West Stadium against Illinois State. First pitch is scheduled for 12 p.m. while the second game will begin shortly after the completion of the first.