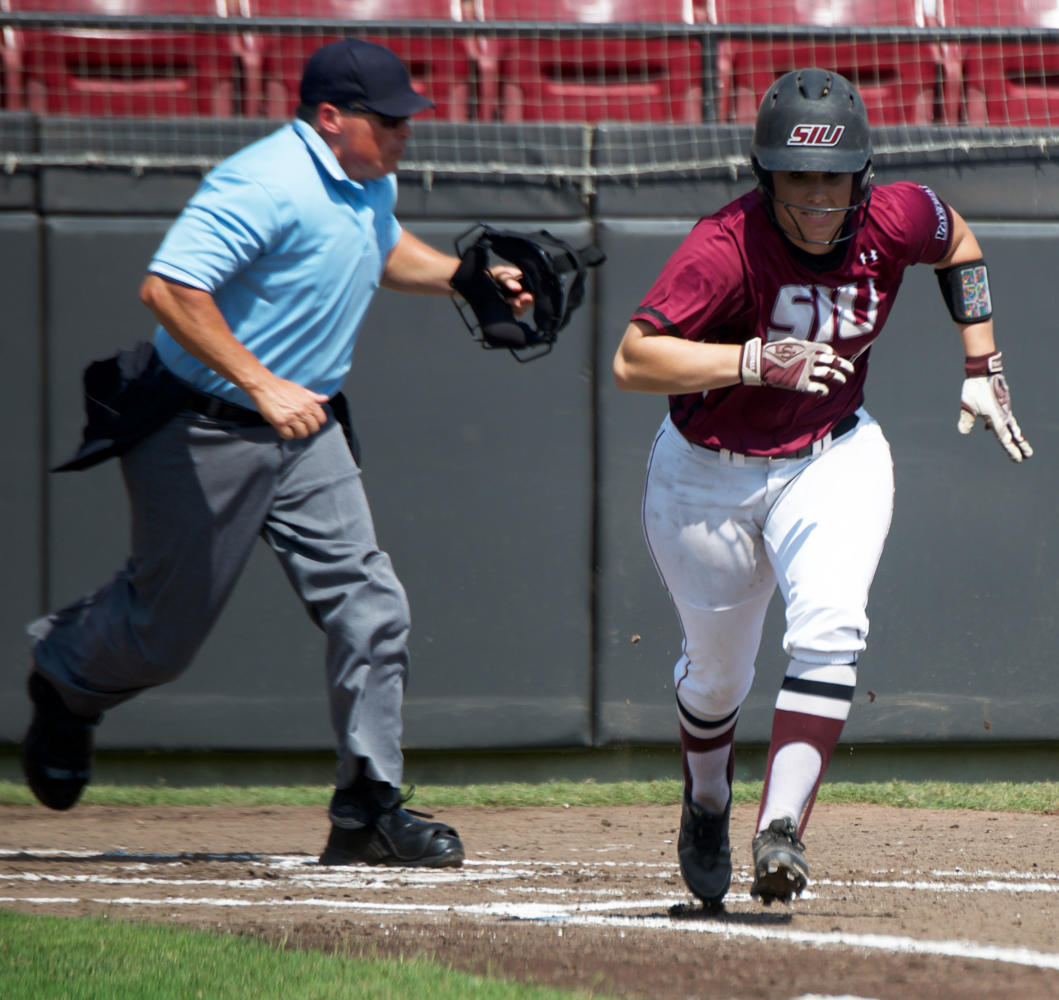 The Saluki softball team closed out play in the USF Under Armour Showcase on Sunday with a dominant victory over the University of Maine (4-11).

Junior Brianna Jones took the mound for Southern and went all seven innings with 10 strikeouts.

Maine got on SIU early with a run on an RBI single in the first inning.

The Salukis answered in the second inning with two runs on a costly error by Maine off a batted ball by senior third baseman Sydney Jones.

Maine responded and tied the game at 2-2 in the bottom of the second after an RBI single by senior right fielder Erika Leonard.

However, SIU freshman center fielder Jenny Jansen came right back in the third with a solo home run and put the Salukis back up 3-2.

After little offense for the next two innings, junior first baseman Kyleigh Decker cranked a 2-RBI triple in the sixth inning to add onto the Saluki lead. Jones followed with a sacrifice fly that scored Decker and made the score 6-2.

From then on, Jones thwarted any hopes of a Maine comeback en route to her 11th victory this season.

The Salukis (13-9) continue action this Wednesday in Martin, Tennessee in a matchup against the University of Tennessee at Martin. First pitch is scheduled for 4 p.m.