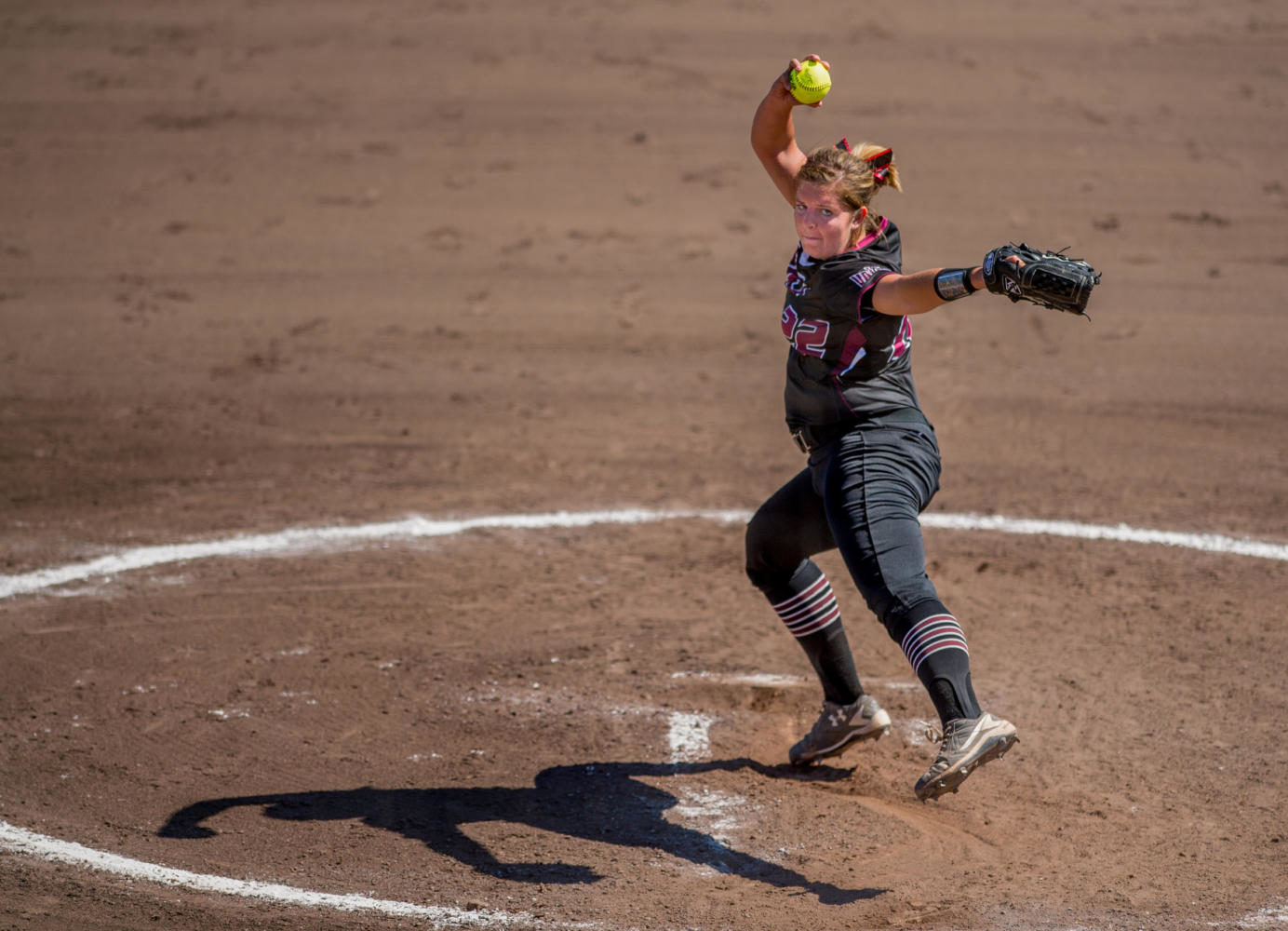 SIU junior pitcher Brianna Jones winds up the ball Sunday, Sept. 10, 2017, during the Salukis' second game of the season against John A. Logan College at Brechtelsbauer Field. (Brian Muñoz | @BrianMMunoz)

Saluki softball split its second doubleheader of the USF Under Armour Showcase on Saturday with a slaughter of Rider University (2-9) in the first game and a loss to UCF (16-9) in the second.

Junior Brianna Jones toed the rubber for SIU in the first game and tossed all five innings of the mercy-rule victory. Jones struck out 7 and allowed only 2 hits.

Senior shortstop Savannah Fisher got the offense started in the second inning with a grand slam for her second home run of the tournament and put the Salukis up 4-0.

In the following inning, Southern continued its hot hitting with six total runs capped off by a sacrifice fly from sophomore second baseman Maddy Vermejan.

SIU tacked on only seven hits during the game but timely hitting in the second and third inning led SIU to brief 10-0 victory.

In the second matchup, Dover got the nod against the UCF Knights and threw 4.1 innings.

UCF got the game started in the first with an RBI triple that put the Knights ahead 1-0.

After she allowed an early lead, Dover held her composure and held UCF scoreless for the next three innings.

In the fifth, however, the Knights began to pull away with a pair of 2-RBI singles that put them ahead 5-0.

Freshman Megan Brown relieved Dover in the fifth and got Southern out of the inning without any more damage. However, UCF came back in the sixth with a solo home run off of Brown.

Southern began to rally in the bottom of the sixth, as Vermejan scored sophomore right fielder Susie Baranski on an RBI double. Then, freshman center fielder Jenny Jansen followed with an RBI single that scored Vermejan followed by a sac fly from senior designated hitter Haley Andrus.

Still up 6-3, UCF continued hitting in the seventh with a pair of solo homers that increased its lead to 8-3. From there, the UCF pitching shut down SIU in the bottom of the frame and held the score at 8-3.

The Salukis (12-9) close out play in the Under Armour Showcase on Sunday morning with a game against the University of Maine. First pitch is scheduled for 10:15 a.m.