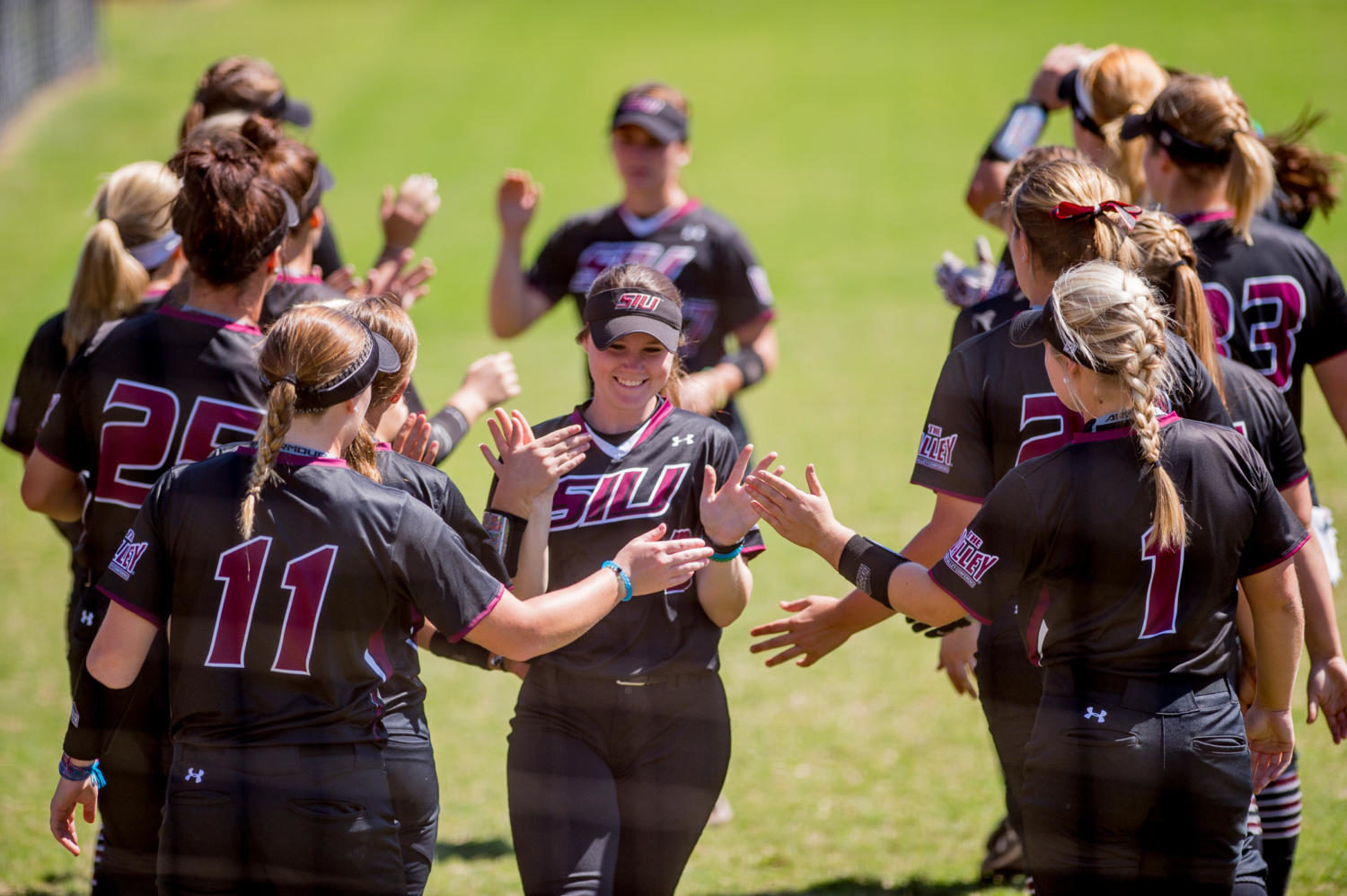 The Saluki softball team completed a sweep in its first doubleheader of the USD Under Armour Showcase on Friday afternoon in Clearwater, Florida.

In the first inning, sophomore catcher Katelyn Massa hit her fifth home run of the season and scored sophomore second baseman Maddy Vermejan for an early 2-1 advantage. Vermejan batted 2-2 with two RBI and two runs in the first game and went 1-2 in the second.

Senior Savanna Dover toed the rubber for the Salukis in the first matchup and tossed 4.1 innings and allowed only two hits, both home runs.

The Saluki bats continued in the second as they plated fours runs with an RBI triple by senior third baseman Sydney Jones followed by a homer from senior shortstop Savannah Fisher. Freshman center fielder Jenny Jansen also recorded an RBI single in the inning.

In the fifth, Southern scored on a pair of two-RBI hits, the first by senior designated hitter Haley Andrus and the second by Vermejan that prompted the early mercy-rule victory, 10-2.

The second game featured a battle between Quinnipiac and Saluki pitchers.

Junior Briana Jones headed the circle for SIU and pitched a full nine innings in the extra-inning battle.

Jones allowed only three hits, one walk and struck out six batters in her complete game shutout.

Southern tallied nine hits during the game, but it was not until the bottom of the ninth that the Salukis scored the game’s only run off of a walk-off RBI bunt single by Jones.

SIU (11-8) plays its second doubleheader in the Under Armour Showcase on Saturday against Rider University and UCF. First pitches are scheduled for 1 p.m. and 3:15 p.m., respectively.