‘Not everything happens inside the classroom,’ SIU celebrates University Museum reopening 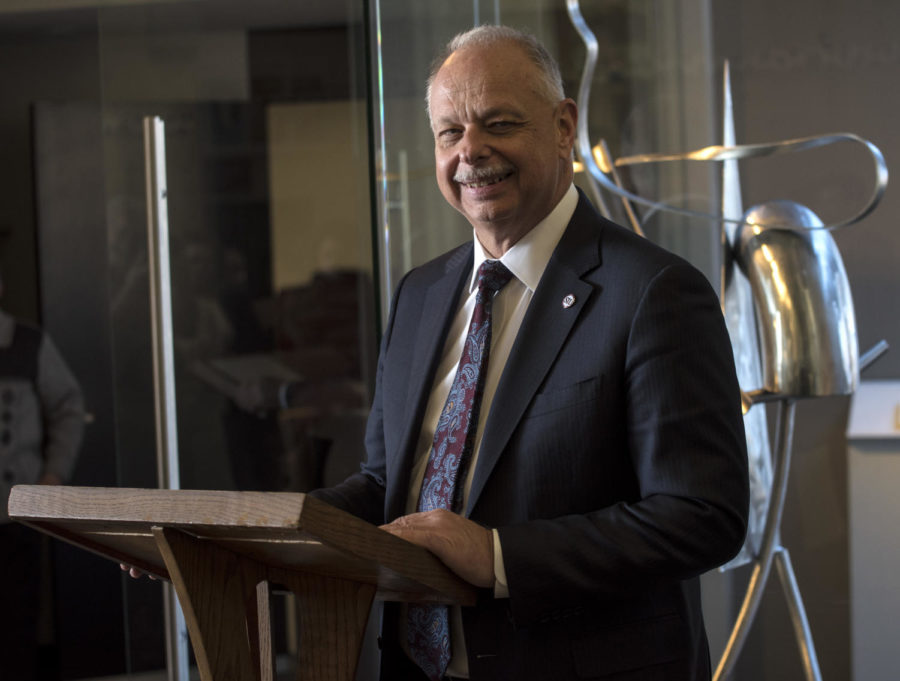 After closing temporarily in June of last year due to budget cuts, the official reception to celebrate the reopening of the University Museum took place Thursday afternoon.

Keeping the museum open in the next year will be a challenge but fundraising will be a factor in helping it stay open, Associate Provost David DiLalla said.

“We can’t control what the state of Illinois does,” DiLalla said. “But we can get out there and work with our friends in the community and try to build up some of our resources.”

“All museums depend on a lot of donations from benefactors and patrons but were going to try and carve out some parts of our budget and the state allocation to help this keep going,” Pollitz said. “Then there’s also grants, we’ll be looking at grants.”

Chancellor Carlo Montemagno said at the reopening the museum was important to the students and the university.

The chancellor said before he came to the university, he wanted to prioritize the reopening of the museum because the students at SIU need a place to display and communicate their creation of art and creativity.

“This museum connects us with the regional schools,” Montemagno said. “This is not just an SIU resource, it’s a regional resource.”

The chancellor said the museum helps provide the university and the region with culture, science, knowledge and art to the entire region.

He said the museum deserves our continued support and hopes the community will help the university make sure that it never closes again.

“We’ve got the library for where students can expand on what they hear in the classroom and pursue their curiosity, and here [The museum] they can come and be exposed to different thoughts. You don’t have to be an art major to like this stuff,” Pollitz said. “Not everything happens inside the classroom.”

The people running the museum currently are Wes Stoerger, Curator of Exhibits and Susannah Munson, Curator of Anthropology. Munson manages the artifacts themselves and brings them in while Stoeger decides where things go in the museum.

“We have thousands of amazing things that probably no one’s ever seen before,” Pollitz said.“They’ve been donated, we keep them in storage and then its the curator job to say ‘let’s do this’ and put something together.”

Last year, previous Interim Chancellor Brad Colwell said the closure was a result of the nearly two-year state budget impasse, and the museum would remain closed until “a permanent state budget provides enough support to hire the staff necessary to reopen it.”

“It’s not the end goal,” DiLalla said. “We’re not where we need to be so we recognize that opening up on a limited schedule is not the final goal for the museum.”

DiLalla stressed the difficulty of getting to those end goals. He mentioned two things in particular he thought were important to be working towards.

One was getting a director position back in place and the other was an education coordinator position.

The museum has previously had an education coordinator position, this person worked with the school’s outreach programs so field trips were possible for kids to come and visit the museum.

“It was really a shame to see that go,” DiLalla said.

DiLalla said he has been surprised by the number of undergraduates students who say the first thing they remember about the university was coming to the museum for a field trip.

“I think if we can get those two things accomplished, we’ll be well on our way to the museum being back where they want to be,” DiLalla said.

Staff writer Kitt Fresa can be reached at [email protected] or on Twitter @kittfresa.