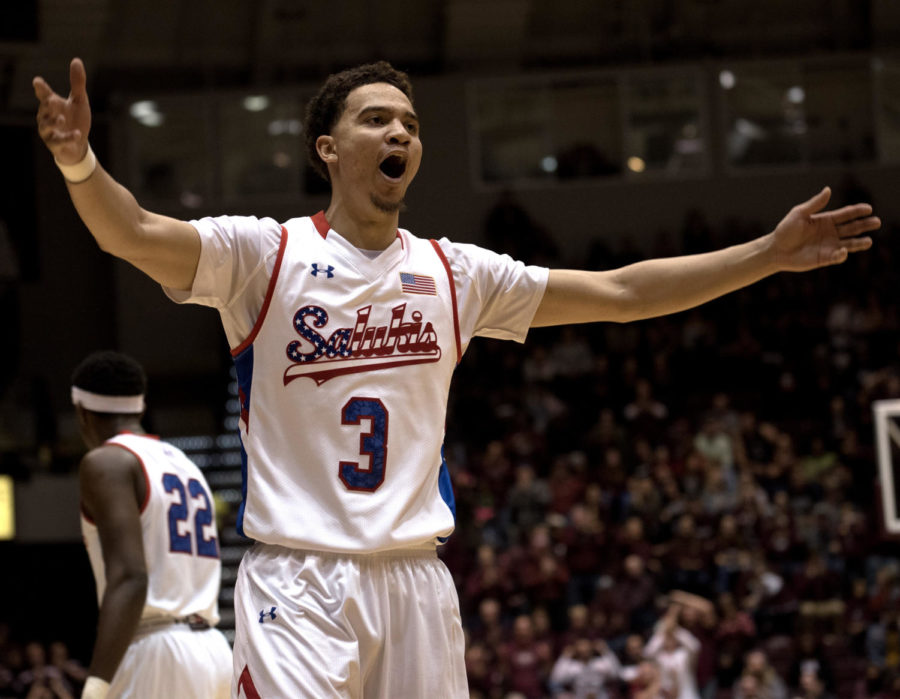 Bartley boasts a 4.0 GPA and is majoring in sports administration. Because of a hand injury, he was limited to 24 games this season and made 20 starts.

Bartley is averaging 6.7 points per game and 3.7 assists, which is seventh in the MVC. He also leads the team with a .398 3-point percentage. In addition, Bartley is fourth in the MVC with a 1.7 assist to turnover ratio.

Cook holds a 3.44 GPA and is majoring in exercise science. He is averaging 9.9 points per game this season and is also second on the team with 78 assists and 45 steals, which is eighth in the MVC.

Cook has improved tremendously this season, scoring in double figures 17 times this season. On Wednesday, Cook was named to the MVC Most-Improved Team.