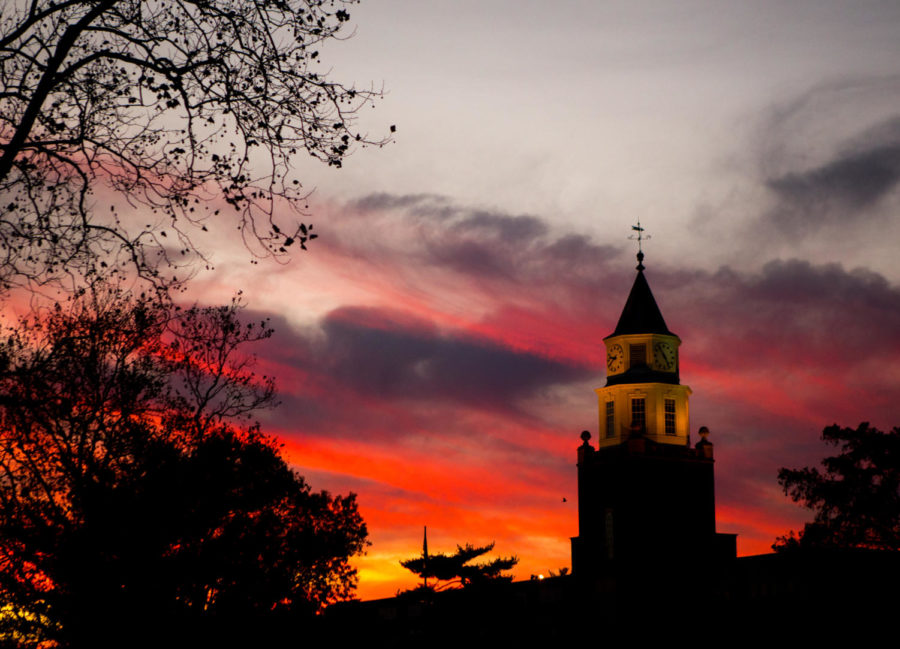 Results released on Friday from an online survey showed about half of the participants do not support Chancellor Carlo Montemagno’s reorganization plan.

The non-scientific survey, sponsored by the Coordinating Committee for Change, found approximately 56 percent of the 1003 participants opposed the plan.

“I continue to believe that academic reorganization is essential to the university’s future success and presents exciting opportunities for our faculty and future students,” Montemagno said in response to the survey.

The chancellor said he would take into consideration the findings, along with input he’s received from campus constituency groups.

The committee members hope the administration will study the report and take it seriously, said Natasha Zaretsky, a history professor and member of the committee.

Whether or not the survey influences the reorganization, Zaretsky said, depends on the administration.

“What we’re seeing is mounting evidence that people have serious concerns about the restructuring,” Zaretsky said. “This survey underscores that the proposal itself is very controversial and there needs to be a wider conversation about the best path moving forward.”

In a restructuring that is as far-reaching and radical as the chancellor’s reorganization, there needs to be sufficient buy-in from the people who are affected by the proposal, Zaretsky said.

Out of 958 participants questioned, including, students, faculty and alumni, 56.7 percent questioned whether the chancellor is acting in the best interests of the university, according to the survey report.

Zarestky said what the survey shows, in addition to constituency bodies passing votes of no confidence, is that the sufficient buy-in for the reorganization proposal is not there.

When distributing the survey, the committee tried very hard to spread the survey as widely as possible to get a range of different views from people who support the reorganization and those who do not.

“The CCC has a Facebook page and we paid to boost the post that included the survey,” Zaretsky said. “We sent it out to thousands and thousands of people.”

The Facebook algorithm used by the committee targeted people who lived within a five- and 10-mile radius of Carbondale and who were between 18 and 68 years old.

It was designed by the campus outreach subcommittee of the committee.

“The subcommittee contacted representative organizations of SIU Carbondale employees and students and asked them to provide questions specific to the concerns of the populations they represent,” the report said.

The top three groups represented in the report were graduate or professional students, tenured faculty and university alumni.

Undergraduate representation low at 94 participants. Zaretsky said she was disappointed the survey didn’t reach many undergraduates.

Undergraduate Student Government President Emily Buice said the low number of undergraduate participation could be in part because of distribution methods and undergraduates’ general lack of understanding and engagement about the reorganization.

“I don’t think it’s necessarily students didn’t want to, they just might not have been that aware of it,” Buice said. “I see a fundamental miscommunication between the administration and students.”

From those who did take the survey, responses indicated over half felt underrepresented in the reorganization planning and discussion processes, according to the survey report.

This is because students want to be communicated with on personal level and have intimate interactions with people who make decisions affecting students’ fate, Buice said.

In reflecting the committee’s survey report and student’s participation in the reorganization process, the survey showed 55.7 percent of 207 students — graduate and undergraduate — agreed that nothing they do will impact details or implementation of the chancellor’s reorganization plan.

Students can get involved and have a voice in how the university is run, Buice said. Using their voice is something undergraduates can do right now with their individual passion.

“Everyone has a voice, you just have to find the way to use it,” Buice said. “Sometimes it feels like we are being pushed off, but I think it’s time for us to stand up and say ‘this is what we want’, in an organized and effective manner.”

To the question of whether students were excited about the reorganization, 68.7% disagreed.

A sense of resignation to the process of the reorganization plan is not specific to students.

Out of the 229 faculty surveyed, 57.7 percent disagreed that feedback given to the administration about the reorganization proposal had been appropriately addressed.

More than half of university employees who oppose the reorganization plan agreed that openly opposing the plan could negatively impact their work life, job security or promotion within the workplace.

Zarestky said how university employees and students feel the reorganization plan aligns with the current era society is in — one where people feel a sense of despair and resignation with how much of a difference they can make in the world.

“In the specific case of the reorganization, I am not sure why people feel as disempowered as they do,” Zaretsky said.

One reason may be university employees who have serious concerns and misgivings but keep their heads down and go with the chancellor’s plan in hopes that their program or academic unity will be protected in the reorganization, Zaretsky said.

“The survey showed a crisis in trust in the leadership,” Zaretsky said.