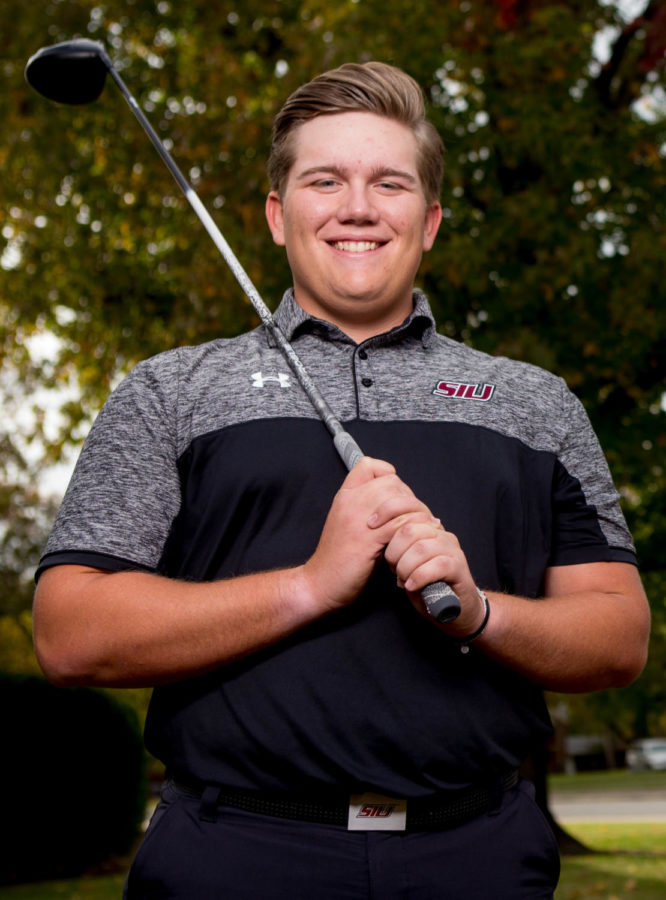 Senior Peyton Wilhoit, of Searcy, Arkansas, poses for a portrait Monday, Oct. 30, 2017, outside of the Communications Building. (Brian Muñoz | @BrianMMunoz)

Saluki junior golfer Peyton Wilhoit was named the MVC Golfer of the Week after his performance at the Desert Intercollegiate, the league announced Wednesday.

Although the Salukis tied for 14th of 23 teams, Wilhoit finished tied for 10th in the individual standings.

Wilhoit led the field after the first day of the tournament with an 8-under-par score of 66. He finished with a three-round score of 210 and posted 13 birdies.

Wilhoit’s 6-under-par score for the tournament was only eight strokes behind No. 9 Collin Morikawa of California and No. 16 Fredrik Nilehn of Texas Tech, who tied for the tournament victory. He also bested six golfers ranked in the top 100.

The Saluki junior will lead the Saluki lineup on Feb. 24-25 at the Seminole Intercollegiate in Tallahassee, Florida.