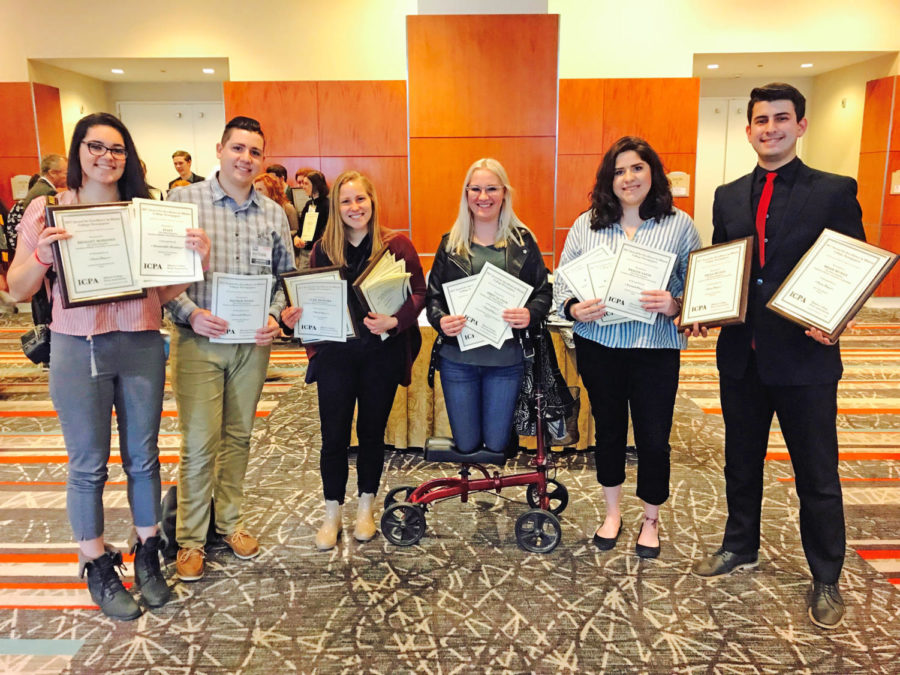 The Daily Egyptian earned 25 awards Saturday at the annual Illinois College Press Association awards. The winners were announced at the ICPA convention in Chicago, where dozens of Illinois college newspapers attended and submitted more than 1,000 entries for competition.

Entries are judged by the Illinois Press Association, an organization composed of various newspaper professionals from around the state. The IPA assigns those professionals as judges from within the organization’s structure.

Daily Egyptian editor-in-chief Athena Chrysanthou said she was proud of the staff’s achievements this past year.

“Working in the newsroom everyday and seeing the staff grow gives me an immense sense of pride to be a part of the Daily Egyptian,” Chrysanthou said. “The awards we received today gives us something to show for the work we do and also a reminder of how important we are to the community and SIU.”

The following awards are in the “Dailies over 4,000” category:

The following awards are open to all participating schools, no matter enrollment or publication frequency: