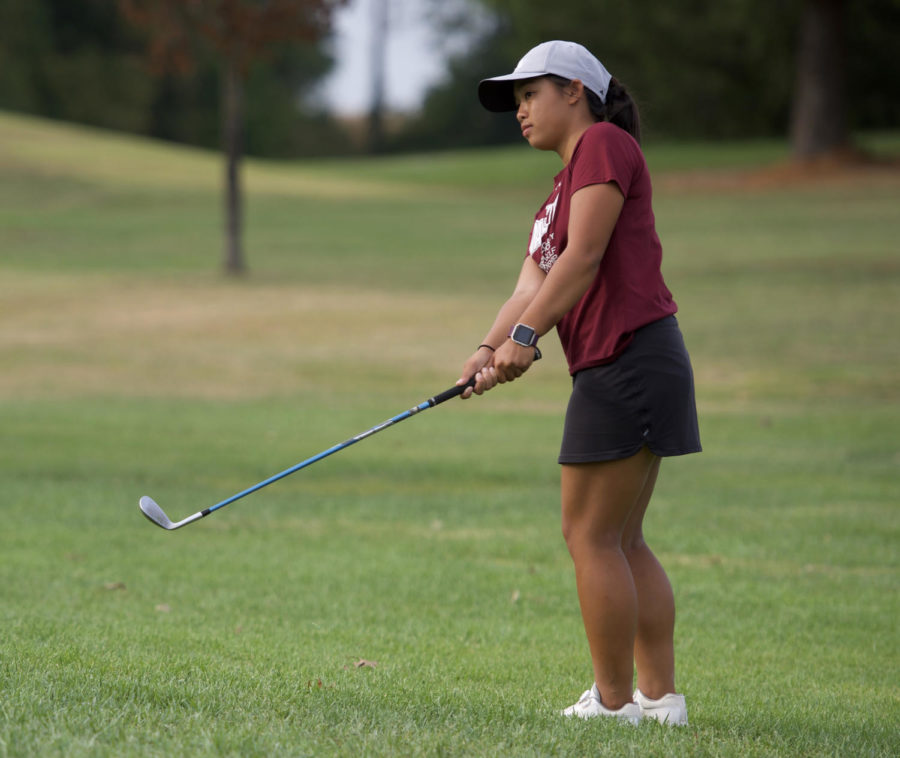 On Wednesday, the Missouri Valley Conference named senior Hanna Netisingha as the MVC Golfer of the Week.

In the Battle at Boulder Creek tournament in Las Vegas, Nevada on Feb. 12-13, Netisingha posted scores of 77, 77 and 74, respectively for the three rounds. Netisingha’s total score of 228 earned her a tie for fifth place.

With her score of 74 in the final round, Netisingha climbed nine spots in the standings.

The Saluki senior said that due to inclement weather and course conditions the past week, the team did not get much time to work on putting or other aspects of the short game.

“I knew I couldn’t go into this week asking too much of my short game,” Netisingha said. “Knowing that there is improvement to come, I know that I can move towards the top of the leaderboard once I polish up every part of my game.”

The senior posted the best individual finish of any Saluki golfer and finished higher than any golfer from MVC-rivals Drake and Illinois State.

“Hanna was the top player out of the MVC teams,” coach Alexis O’Brien said. “She beat out some good Valley players.”

“She’s so consistent and she has five new clubs this spring,” O’Brien said. “Those clubs have improved her performance and accuracy. She will only get better as the season goes on.”

The honor marked the second time this season and the third time in her career that Netisingha was named MVC Golfer of the Week.