GPSC passes vote of no confidence for Chancellor Carlo Montemagno 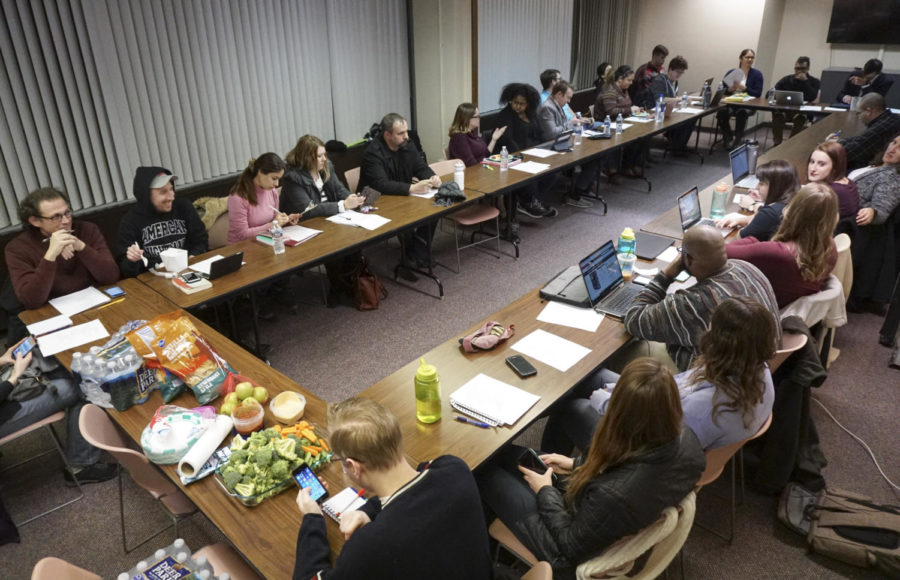 The Graduate and Professional Student Council passed a motion of a vote of no confidence in Chancellor Carlo Montemagno Tuesday.

“That should carry some weight,” GPSC President Johnathan Flowers said. “We think he is a clear and present danger to the institution and its ability to provide a comprehensive education.”

The vote from GPSC followed Flowers’ announcement in the meeting that the administration wanted to override the College of Liberal Arts Council’s authority to review program changes.

The COLA Council is made up of faculty members that have fiscal and curricular authority over the college’s departments.

Flowers said typically when a program change is proposed, the departmental committee reviews it and sends it to a college governance body and then is sent to the Graduate Council and Faculty Senate.

“The administration wanted to jump the college committee step; probably for expediency but to me, it looks like a naked power grab,” Flowers said.

Flowers said after an emergency meeting in December 2017, GPSC sent a censure to the Board of Trustees.

This outlined Chancellor Montemagno’s abusive responses to graduate and professional student representatives and to the graduate council in regards to the way the chancellor responds to criticism, refusal to meet with GPSC and his violation of specific Board of Trustees policy.

“The board is aware that this has been happening to an extent. This is just the most obvious case where a power grab has happened,” GPSC Representative Lauren Schaefer said.

Schaefer said, after the board’s absent response to GPSC’s censure, what signal would GPSC be sending by sending another resolution with the same statement.

Flowers said the vote of no confidence will obligate the board to ask why GPSC as does not believe the chancellor can do his job.

The latest version of the academic reorganization was also presented by Flowers during the meeting with an updated version on the GPSC website later today.

Flowers said there is a discussion of removing the program of Sociology was moved from the School of Social Sciences and Multicultural Studies, which leaves only two-degree granting programs in the school. However, no former proposal has emerged.

The programs that would be left in the School of Social Sciences and Multicultural Studies are Anthropology and Linguistics.

“That is where you send your multicultural programs to die,” Flowers said.

Campus editor Amelia Blakely can be reached at [email protected]