Amazon posts quarterly profit of $1.9 billion, its highest ever 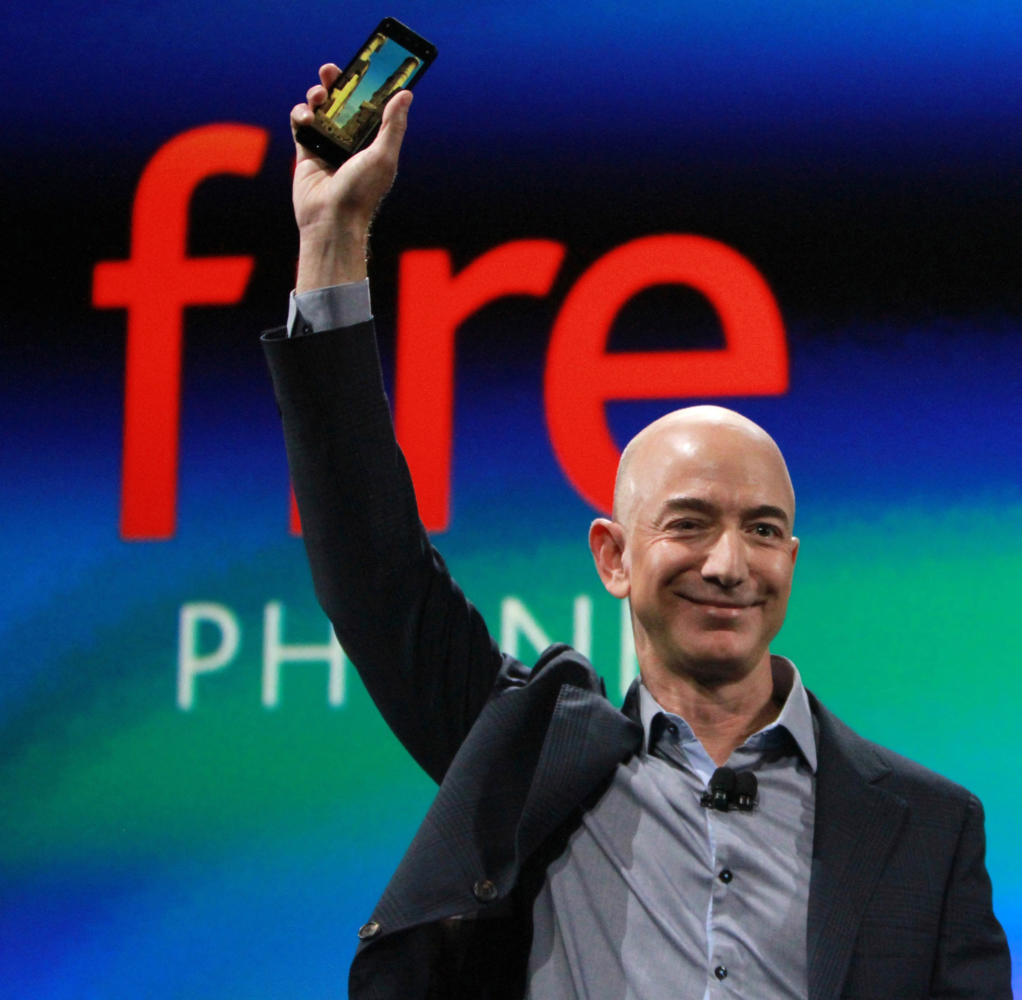 Amazon CEO Jeff Bezos in Seattle in a June 2014 file image. In a press release Thursday, Amazon announced it is planning to build a second, 'equal' headquarters in another city. (Ken Lambert/Seattle Times/TNS)

Amazon on Thursday reported the highest quarterly profits in company history, bolstered by strong holiday sales and growing demand for its cloud business.

Fourth-quarter profits — which included earnings from Whole Foods Market — rose to $1.9 billion, or $3.75 per share, up from $749 million, or $1.54 per share, a year earlier. Shares of the company’s stock rose more than 6 percent in after-hours trading following the news. (The stock had fallen 4.2 percent in anticipation of the results, to $1,390 a share.)

The financial report painted a picture of a juggernaut that shows little sign of slowing. Amazon hired nearly 130,000 employees globally in 2017, excluding acquisitions, adding a workforce the size of a small city. The Seattle-based tech giant said it shipped more than 5 billion items last year as part of its Prime subscription program and that more new members had joined Amazon Prime in 2017 than in any other year, both worldwide and in the United States.

The company reported revenue of $60.5 billion during the fourth quarter, up from $43.7 billion a year earlier. Whole Foods Market, which Amazon acquired in August, contributed about $4.5 billion in North American sales.

The company said it had benefited from the new tax law as well as brisk demand for its Alexa-powered Echo devices.

“Our 2017 projections for Alexa were very optimistic, and we far exceeded them,” Jeff Bezos, the founder and chief executive of Amazon, said in a statement. “We don’t see positive surprises of this magnitude very often — expect us to double down.” (Bezos also owns The Washington Post.)

Amazon Web Services, the company’s cloud platform, continued to drive profits. That part of the business had a 26 percent operating margin in the most recent quarter, compared to 3.5 percent for the overall company. AWS sales, meanwhile, rose 45 percent to $5.1 billion.

“Growth, growth, and more growth,” O’Shea said in a research note. “AWS will continue to be the engine for Amazon’s profitability, and we expect this to continue until the investment cycle slows.”

The boost in profits came even as the company continued to spent more on marketing and technology. Fulfillment costs, meanwhile, rose 57 percent year over year, to $8.97 billion.

Much of Amazon’s flagship business is built on fast — and free — shipping to millions of homes. The company now offers free shipping on more than 100 million items in the United States, according to Chief Financial Officer Brian Olsavsky.

“Shipping cost is always going to be a strong part of our offering, and it’s going to be increasing because of our business model,” Olsavsky said in a Thursday earnings call with Wall Street analysts. “At the same time, we look to be more efficient in that area.”

Earlier in the week, Amazon announced it was teaming up with Berkshire Hathaway and JPMorgan Chase to create an independent health care company. The companies offered few details but said they would use technology to tackle the ballooning costs of health care for their 1.2 million employees.

“The health care system is complex, and we enter into this challenge open-eyed about the degree of difficulty,” Bezos said in a statement.