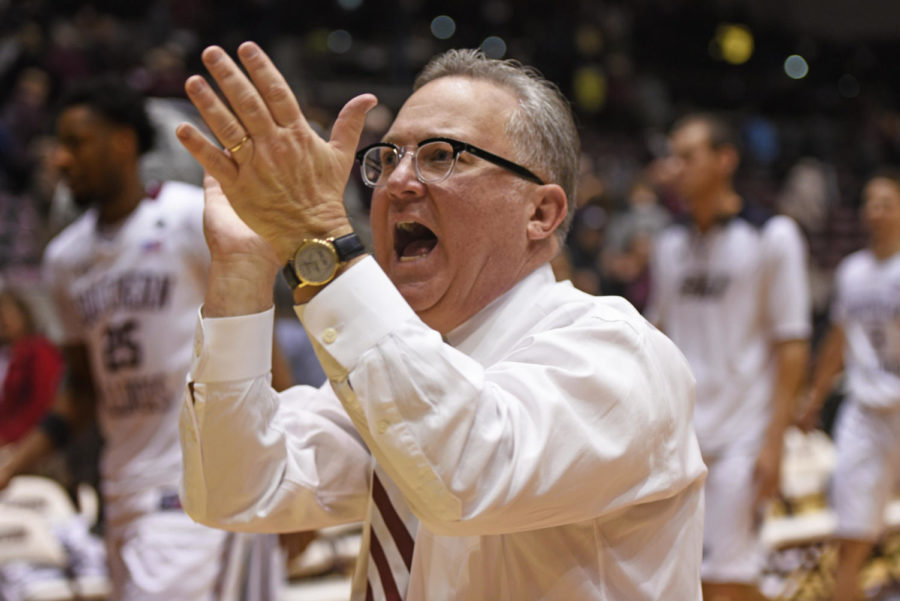 The SIU men’s basketball defeated the Missouri State Bears on the road in Springfield on Saturday night, 79-77.

Southern’s victory pulled the Salukis into a second-place tie with Drake. The victory was also the sixth straight for SIU against MSU.

The Salukis jumped out to a quick 11-2 run in the first five minutes of the game behind six points from junior guard Armon Fletcher. Fletcher finished with a team-high 18 points and grabbed four rebounds.

Missouri State — the preseason favorite to win the Missouri Valley Conference — rallied back and brought the score to single digits, but Southern was hot from 3-point range throughout the first half. SIU’s  6-9 shooting from beyond the arc in the first half helped secure a 42-31 lead at halftime.

In the second frame, Johnson — the MVC Preseason Player of the Year — scored 19 of his 29 points total points and completed his double-double with 12 rebounds. Johnson’s efforts were not enough for MSU, as the Bears never claimed a lead in the game.

After Johnson earned a clutch bucket that tied the game at 77, junior center Kavion Pippen — who finished with 17 points, three assists and seven rebounds — found Fletcher wide open for what proved to be the game-winning layup.

The Salukis will battle for sole possession of second place in the MVC when the face the Drake Bulldogs in Des Moines, Iowa on Jan. 30. Tip-off is scheduled for 7 p.m.