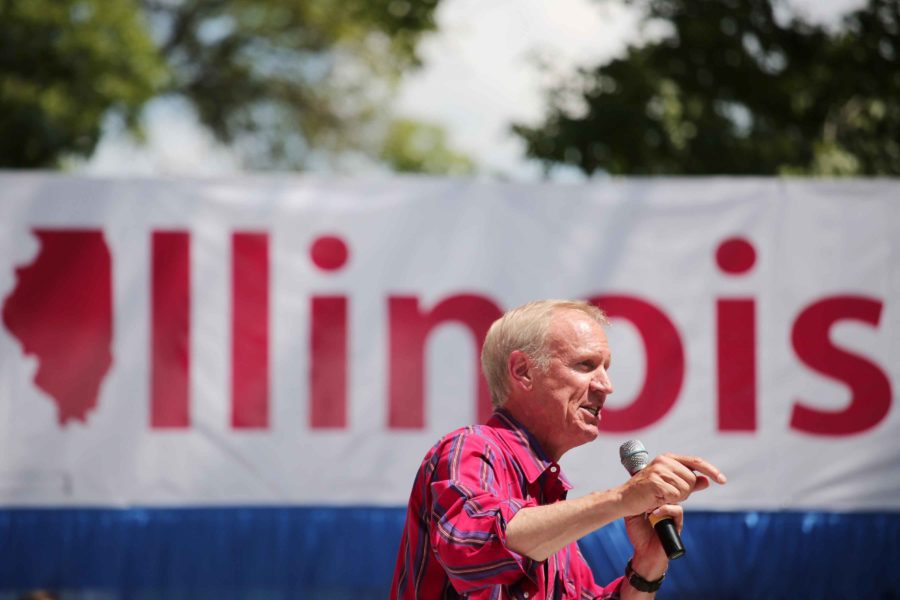 The spot, which first aired in October and featured Greitens, Wisconsin Gov. Scott Walker and Indiana Gov. Eric Holcomb, came down after Wednesday’s release of a new advertisement featuring audio of a wiretapped phone call from 2008 between J.B. Pritzker talking to disgraced former Gov. Rod Blagojevich about a possible job.

The advertisement featuring Greitens had him and the fellow Republican governors mockingly thanking Democratic House Speaker Michael Madigan for improvements in their states.

“The ad isn’t running because we rotated it out for the Blago ad,” Rauner campaign spokeswoman Kirsten Kukowski told the Chicago Tribune.

On Wednesday night, after his second State of the State Address, Greitens admitted to the extra-marital affair in 2015, before he became governor.

KMOV and the St. Louis Post-Dispatch reported that in a recording of the unnamed woman, taped by her now ex-husband, she alleged Greitens took a photo and threatened her not to speak about the incident. Greitens has denied any blackmail threat, reports said.

The Democratic Governor’s Association called on Rauner to rescind any support of Greitens.

“Bruce Rauner must renounce the support of Missouri Governor Eric Greitens and promise to stop using him in ads,” DGA Illinois Communications Director Sam Salustro said in a statement. “Bruce Rauner proudly accepted Governor Greitens’ endorsement this year; now it’s time for him to rescind it.”