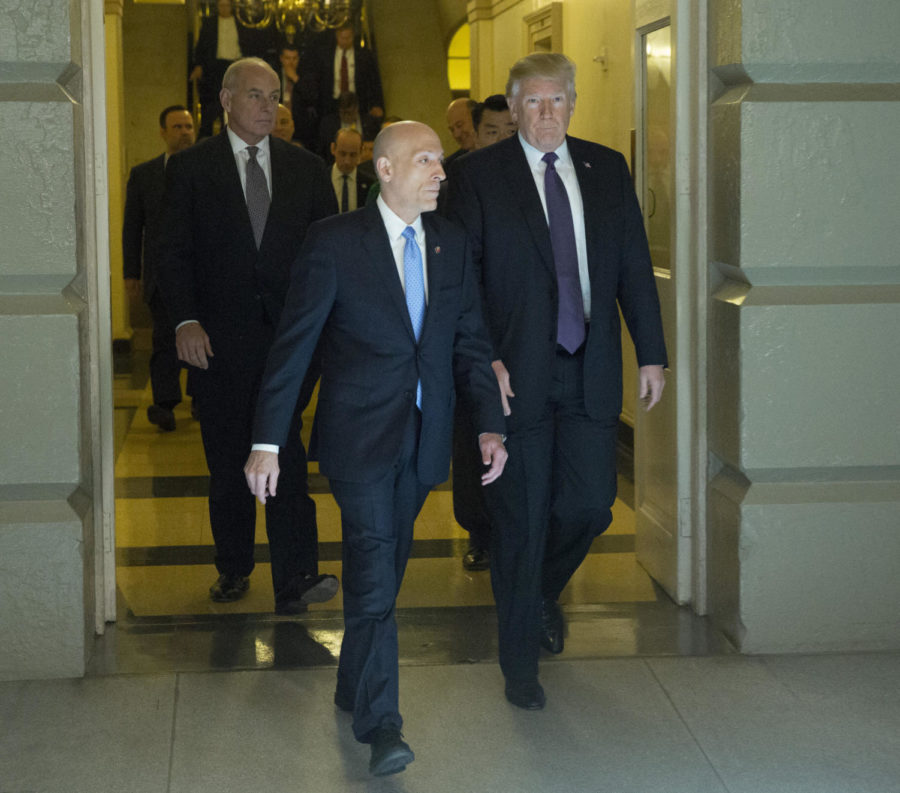 President Donald Trump said he wants Congress enact a measure to provide legal status to young, undocumented immigrants –– provided his other immigration proposals, including funding for the wall on the U.S. border with Mexico, are adopted.

“We want the wall,” Trump said at a news conference Saturday at Camp David in Maryland. “The wall is going to happen, or we’re not going to have DACA,” he said, referring to the Deferred Action for Childhood Arrivals program, which Democrats are fighting to restore.

In addition to funding the wall, Trump detailed other immigration policies he wants to be part of any package including DACA, which was authorized by President Barack Obama in 2012 in an administrative action overturned in September. Trump reiterated his push to eliminate family reunification or “chain migration” provisions in current law that give preferences to family members of legal immigrants, and the immigrant visa lottery system.

“We all want DACA to happen, but we also want great security for our country,” Trump said. He added that “in some form, Mexico will pay for the wall.”