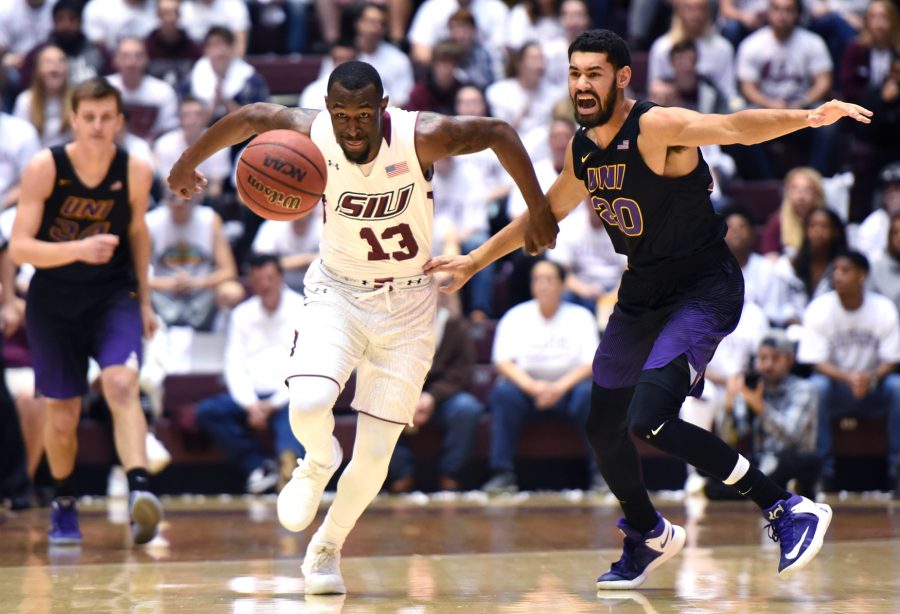 It had been 14 years since the Salukis defeated the Northern Iowa Panthers on the road. Southern’s last victory in Cedar Rapids came in 2003 when Bruce Weber was at the helm.

On Thursday night, that streak came to an end as the Salukis defeated UNI (8-5, 0-1 MVC) 56-53 in their Missouri Valley Conference opener.

SIU opened the game with a 4-0 lead with layups from junior guard Sean Lloyd and junior center Kavion Pippen. Pippen finished with a game-high 14 points and five rebounds.

After Southern claimed a 6-3 lead, the game experienced a scoring drought that lasted over six minutes. With 10 minutes left in the first half, only 16 total points were scored.

The Salukis eventually captured a slim lead after a layup by junior guard Armon Fletcher brought the score to 19-18.

From there, UNI went on a 7-0 scoring run and reclaimed the lead as time winded down. However, junior guard Marcus Bartley sank a 3-pointer with just seconds left in the half that made the score 25-22 in favor of UNI.

In the second half, Southern’s defense forced a six-minute scoring lull for the Panthers.

In that span, the Salukis went on a 9-0 scoring run led by Bartley’s three consecutive 3-pointers which earned the Salukis a 39-35 lead. Bartley finished with 12 points and shot 4-6 from beyond the arc. He also added two assists and four rebounds.

With a minute left in the game, Fletcher drained a 3-pointer near the end of the shot clock and sealed the victory for SIU. Fletcher tallied eight points and also added five rebounds and one block.

The Salukis (9-5, 1-0 MVC) play on Sunday afternoon in a New Year’s Eve showdown against the Drake Bulldogs. Tip-off is scheduled for 3 p.m.