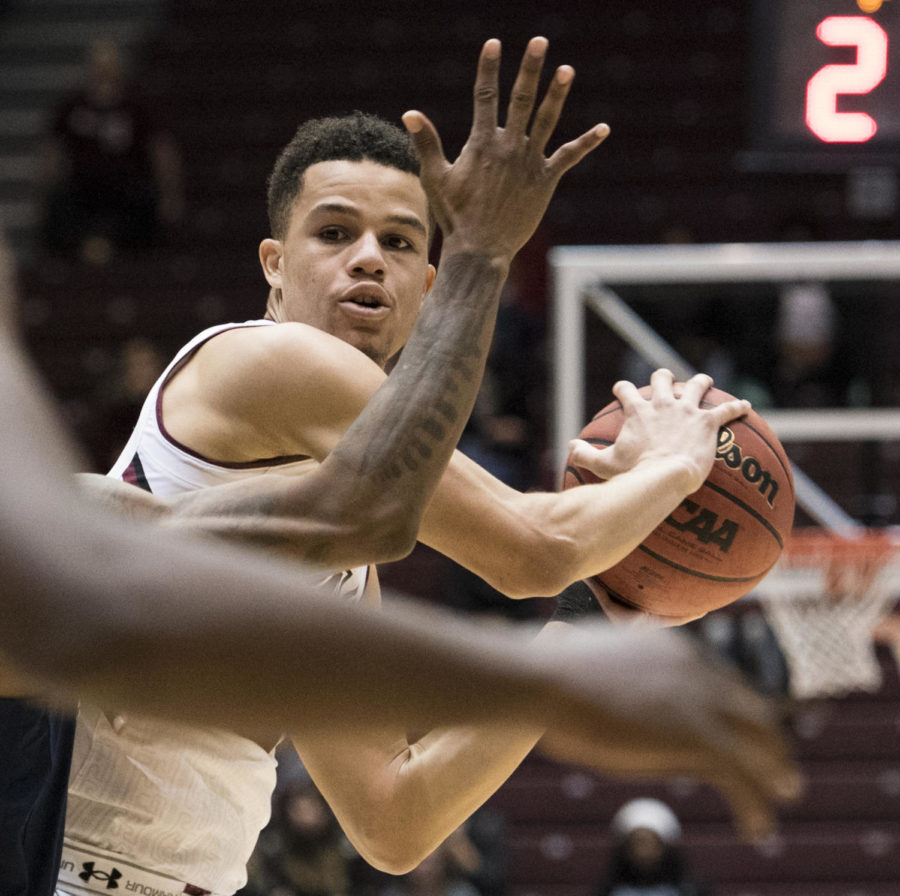 The SIU men’s basketball team bounced back from its two consecutive losses and defeated the Jackson State Tigers (3-8)  on Wednesday night 69-51.

The Salukis struggled against the JSU defense in the opening minutes which challenged SIU to make early adjustments.

“These are the hardest games to win as a coach — the must-wins,” head coach Barry Hinson said. “They played with confidence and with as many changes in the defense that they had tonight, I was concerned.”

Despite a favorable size advantage, the Salukis were outrebounded in the first half 19-18 and allowed the Tigers to gather 10 offensive boards.

Junior guard Armon Fletcher — who scored a career-high 24 points – stepped up for SIU on the offensive end as he converted two and-one opportunities that swung the momentum in Southern’s favor.

Directly after, Fletcher lobbed a pass to junior center Kavion Pippen who completed an alley-oop with a monstrous slam. Pippen finished the night with 24 points and six rebounds.

The Tigers rallied and made the game close until the Salukis rattled off an 11-2 scoring run that gave them a 28-18 lead.

“Coach was telling us to get it inside and try to penetrate the ball,” Pippen said. “We were just trying to make good passes.”

With a 50 percent field-goal percentage and a combined 26 points from Fletcher and Pippen, Southern held its lead and carried a 32-29 advantage into the half.

Both teams traded buckets until the midway point in the second half when SIU exploded for a 16-4 scoring run and built a 51-40 lead.

From there, the Saluki defense smothered the Tigers and only allowed them to shoot 21.2 percent from the field.

“We just try to keep staying aggressive on both ends of the court and use our game plan to our advantage,” Fletcher said. “Just taking it one game at a time and trying to get this thing rolling.”

The Salukis resume action on Dec. 17 at SIU Arena where they will square off against the Lamar Cardinals. Tip-off is scheduled for 3 p.m.