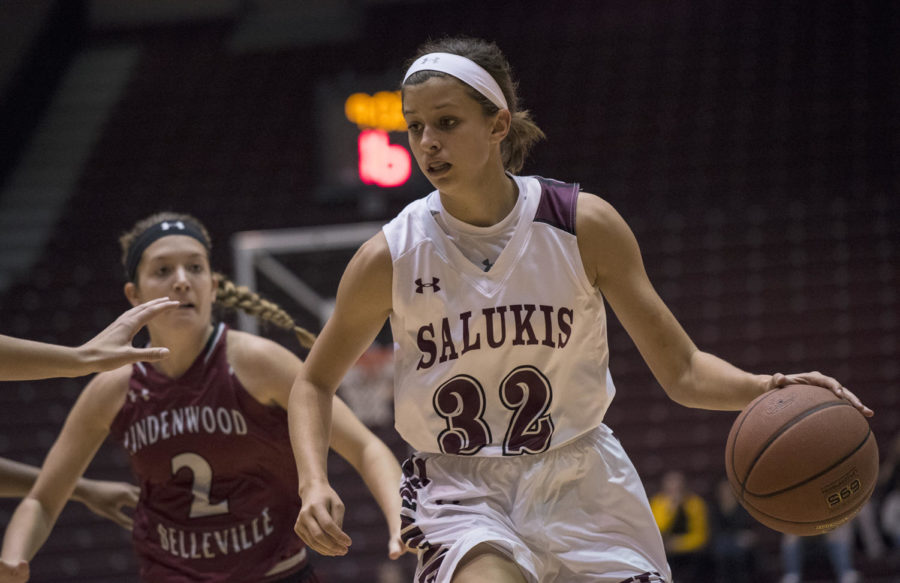 The SIU women’s basketball team found fire in the second half and defeated the Memphis Tigers (1-3) 68-56 on Sunday.

Memphis led the all-time series between the two teams, however, SIU defeated the Tigers in the previous three meetings.

The Salukis looked to set the tone for the game and jumped to an early lead in the first quarter. SIU scored seven of the first nine points, and four came from back to back layups by sophomore forward Nicole Martin.

The Tigers answered right back and put up eight unanswered points that gave them a 10-7 lead over Southern.

Both teams struggled to hit shots for the remainder of the quarter as the period ended 10-9.

After two minutes and 15 seconds of scoreless play, the Salukis ended the scoring drought as freshman guard Makenzie Silvey put in a bucket from behind the arc that gave SIU the 12-10 advantage.

The Tigers put together an eight-point run late in the second quarter, followed by a six-point run that earned their largest lead of the half at 28-21.

The Salukis ended the half on a high note as they put up back to back layups before the buzzer and closed the gap 28-15 before the half.

Southern carried its momentum into the third as they took the first eight points of the quarter. The run was sparked by a layup from Martin, her tenth point of the game that gave SIU the 33-28 lead.

The Salukis extended the lead to double digits late in the third quarter led by freshman forward Abby Brockmeyer’s 14 points. SIU claimed a 49-39 lead, its largest lead of the game.

Southern ran away with the lead in the final quarter and ended the game at 68-56.

Senior guard Kylie Giebelhausen, Martin and Brockmeyer led the the team with 14 points each on the afternoon.

Martin also led the team in steals with a season high of four.

Brockmeyer led the Salukis in rebounds with ten on the afternoon that completed the double-double.

Sophomore guards Kristen Nelson and Brittney Patrick, along with Giebelhausen, led the team with four assists.

Up next, SIU (2-1) will head to Cape Girardeau, Missouri on Wednesday to take on rival SEMO Redhawks. Tipoff is scheduled for 1 p.m.