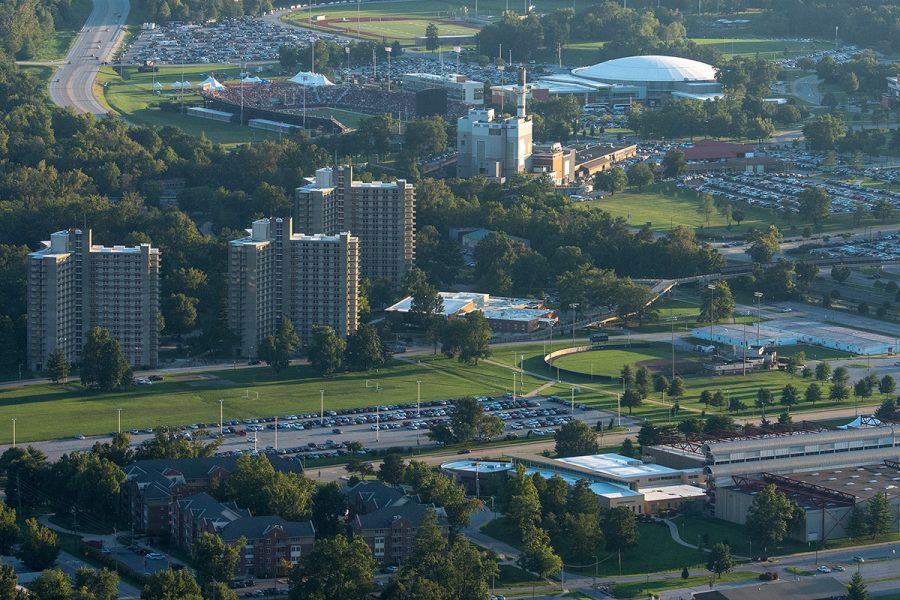 Bowens said he met with Montemagno and Africana studies faculty on Nov. 8 and they agreed to create a task force to that will seek to find ways to ensure the Africana studies program remains a major program.

“We talked mostly about the past, and the SIU System has oppressed the program from growing for over 20 plus years now,” Bowens said.

USG Senator Brandon Kyles, a senior from Chicago studying journalism, said it’s imperative the committee receives support from the administration, which he believes will give the committee true power to operate.

“If the committee’s suggestions are not supported or adhered to, nothing will change,” Kyles said.

Bowens said he proposed to Montemagno the creation of an institute for Africana studies, similar to one in place the University of Virginia. He said this could open the door for federal grant money, allowing the program to operate on its own.

“I think the chancellor understands that the voices of Africana studies and the people that it’s connected to are not going anywhere,” Bowens said.

To curb low enrollment, academic advisement will now be centralized and tracked more closely as a result of testimonies given by students during an open forum with Montemagno on Oct. 19, Bowens said.

Many of those students said their advisors recommended against taking Africana studies courses.

“With re-centralizing, we can eliminate the problems of advisors telling students not to take certain courses just because of their personal vendettas,” Bowens said.

Also in response to the reorganization plan, USG senators are being required to gauge student opinions in each of their constituency groups regarding how Montemagno’s proposal would affect them.

Under his current draft, Montemagno is seeking the elimination of 42 departments on campus in favor of moving multiple degree programs under the advisement of one director.

“There is no other research institution that has done this, to my knowledge,” Bowens said. “That in itself is already alarming, because it seems to me at least as if this school system will be test run to see if this model actually works.”

Executive Vice President Emily Buice urged senators to find out what concerns students have so those concerns can be brought before the chancellor.

“This is something that impacts all of us,” she said.

Montemagno is expected to release the second draft of the reorganization plan this coming Friday.