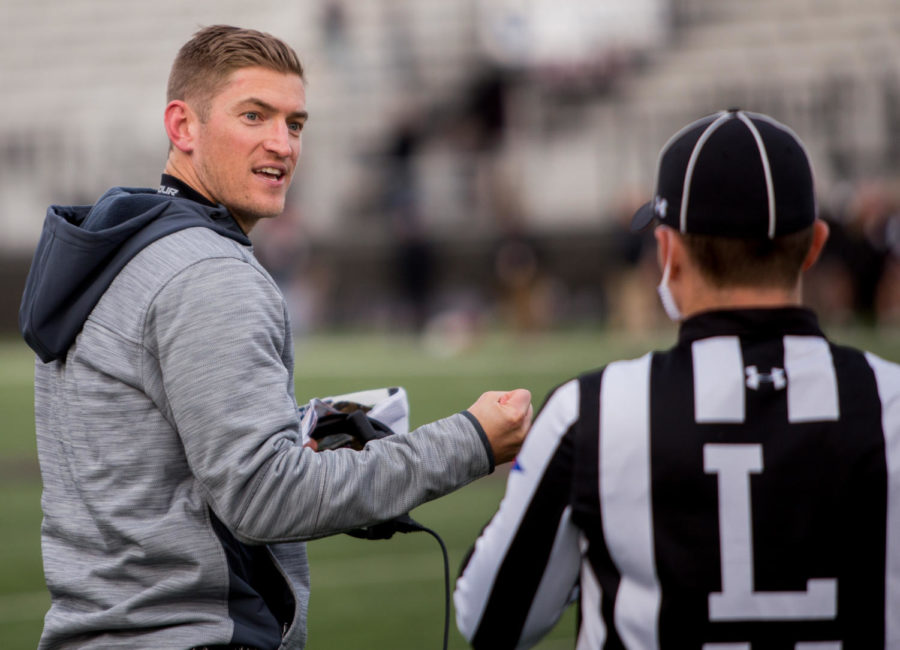 After a 2-0 start to the season, SIU lost six of its last eight games and is in jeopardy of repeating its record of 4-7 from last season.

Hill’s squad already sealed its fate of a sub-.500 season, the fourth consecutive non-winning season for the Salukis. This is also the first year that Southern failed to earn a winning record at Saluki Stadium since 2013.

After last Saturday’s 28-20 loss on Senior Day to Youngstown State, Hill and the Salukis began preparations for Western Illinois.

“It won’t be easy,” Hill said. “They’re a really good team. We’ll take every practice, every opportunity we have to get better, and that’s what we’ll use this week to get a win and end the season strong with a win at Western Illinois.”

SIU (4-6, 2-5 MVFC) has the chance to end the 2017 campaign on a positive note and enjoy the taste of victory in the offseason.

The Leathernecks (7-3, 4-3 MVFC) are also in pursuit of a victory that would help secure their spot in the FCS Playoffs.

“They have a really talented team with a lot of people back,” Hill said. “Pretty much everybody on defense is back. Their front seven is as good as anyone that we’ve seen.”

WIU’s defense relies heavily on its front seven and is tied for third in the MVFC with 29 total sacks on the season. Head coach Charlie Fisher also fields a defense that leads the league with 16 interceptions.

The Salukis need to limit turnovers on offense in their effort to halt the Leathernecks’ strong defense. Ball security begins with junior quarterback Matt DeSomer, who will get the start over sophomore Tanner Hearn this week.

After leading SIU in passing, rushing and receiving yards against Youngstown State, DeSomer led Hill to believe that he gives Southern the best chance to win.

“Matt’s not just a runner,” the Saluki head coach said. “Given the chance, he can make throws, and we have to continue to expand that package.”

Hill explained that Hearn may continue to see reps in Saturday’s game due to minor injuries that DeSomer suffered in the YSU game.

SIU’s defense will face their own challenge against a Western Illinois team that averages 36.3 points per game, the fourth most in the MVFC.

“They have balance,” Hill said. “They have a good quarterback, running back and wide receiver and a good, experienced offensive line.”

The leader of the WIU receiving corps, senior Jaelon Acklin, is also the leading receiver in the MVFC. Through 10 games, Acklin amassed 1,160 yards on 68 receptions, both league highs. He also ranks second with nine touchdown catches.

On the season, McGuire has accumulated 2,492 passing yards and 22 touchdown passes, second in the league. He also leads the MVFC with a 65.8 completion percentage.

“He’s a really good quarterback,” Hill said. “He’s played for three years now. He can run the ball himself a little bit and pick up third downs.”

Win or lose, the matchup against WIU will be the final game that the Saluki football team competes in this season. Saturday’s game in Macomb, Illinois is scheduled to kickoff at 1 p.m.

“This is another great opportunity,” Hill said. “It’s our last chance to be together as a team.”