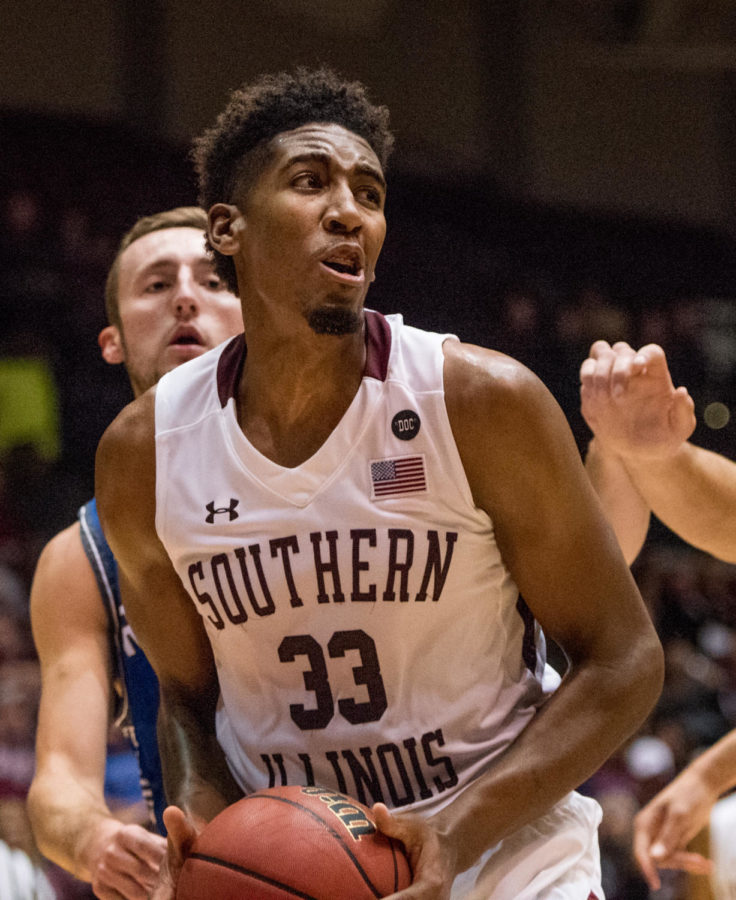 In basketball, size is everything. Standing at 6-foot-10, 240-pounds, junior center Kavion Pippen made his size known across the Missouri Valley Conference.

In his first career Division I game, Pippen recorded a double-double with 15 points and 10 rebounds.

The league has already taken note of the SIU big man, as the MVC announced this Monday that Pippen was the MVC Newcomer of the Week.

While a double-double is extremely noteworthy, he also blocked 3 shots in the contest.

One instance in the game against the Winthrop Eagles saw Pippen leave his feet too early to attempt to block a shot. However, he used his athleticism and squared himself on the way down and rejected the shot on the second try.

With senior forward Thik Bol ruled out for an extended period, the Salukis will continue to rely heavily on Pippen for production.

If the first game is any indicator, the nephew of NBA great Scottie Pippen has just begun his acquisition of numerous accolades for his play on the court.