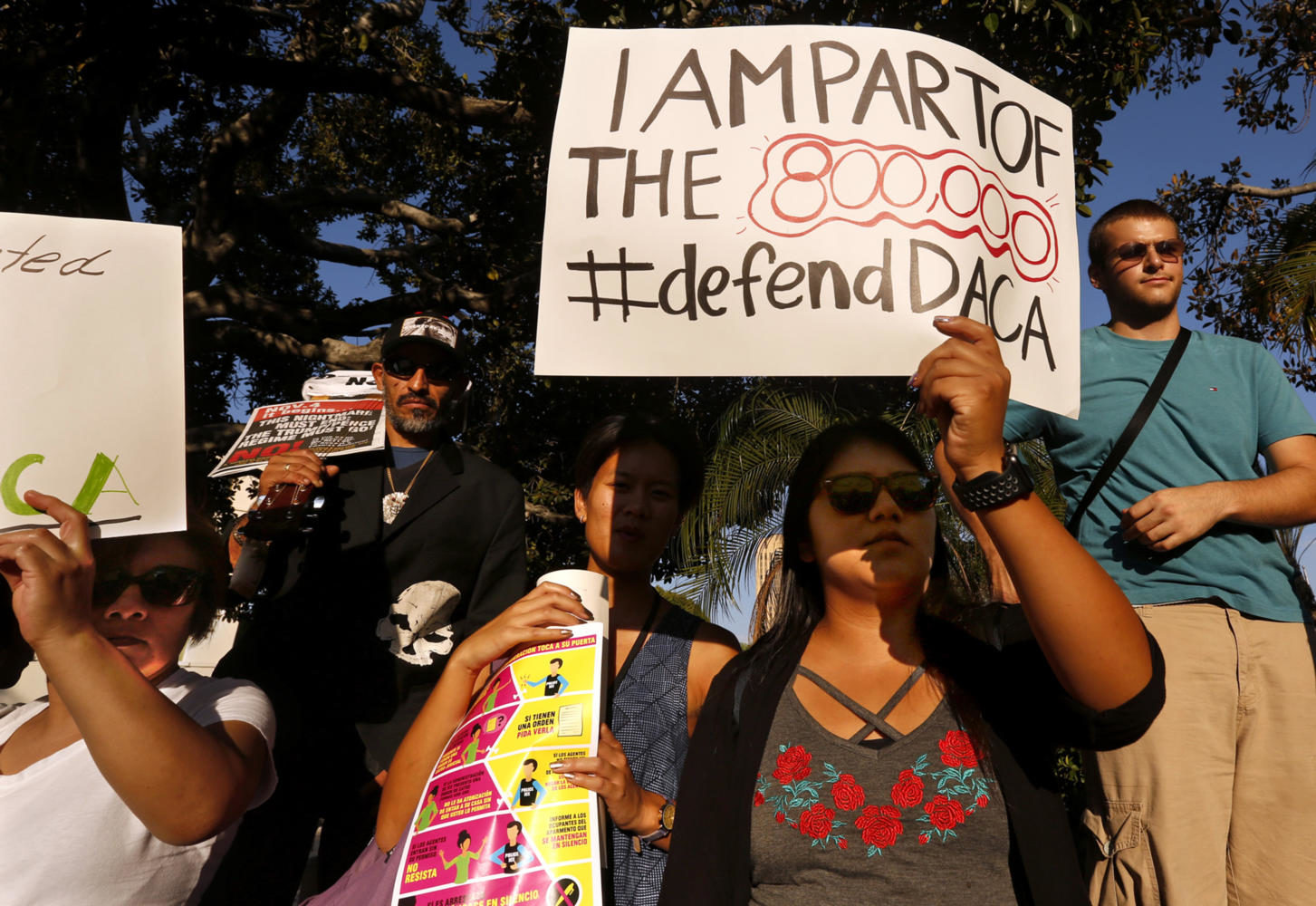 Missouri Sen. Roy Blunt said Tuesday that a resolution of the Deferred Action for Childhood Arrivals (DACA) impasse could include a pathway for citizenship for young people brought illegally to the United States as children.

President Donald Trump moved in September to end the program set up by his predecessor, Barack Obama, in which about 800,000 people have been granted protection from deportation to countries where they have little or no connections. But Trump delayed the action by six months to give Congress time to resolve the issue. That could happen either in year-end appropriations bills or a stand-alone measure.

Blunt on Tuesday coupled the issue with tougher border security, saying that polls show that healthy majorities of Americans want both stronger borders and a way to allow these young people covered under DACA to remain in the country.

When Trump forced the issue in September, Blunt talked of forming a “permanent, common-sense solution” to what to do with the people protected under a program set up by former President Barack Obama.

On Tuesday, he was asked if that could include a path to citizenship.

“We will see how that works out,” Blunt, R-Mo., said. “These are kids who were raised here. It is totally unreasonable to assume that it would be reasonable for them to go back and live in a country they didn’t grow up in. We want to have all the talent and capability we can have in the country. There (are) always ways that that can include a path to citizenship, and particularly for kids who grew up here.”

That stance is not popular on the right wing of the GOP, and the “amnesty” opposition in that wing has helped stymie past immigration resolutions with Democrats, who also have splintered views of immigration and border security in their own caucuses.

Breitbart, the right-wing web site affiliated with Trump adviser Steve Bannon, quoted Kansas Secretary of State Kris Kobach this week that it was “shocking” that the Trump administration would even discuss “nearly 800,000 illegal aliens shielded from deportation by an Obama-created program.”

Senate Democratic Leader Chuck Schumer predicted Tuesday a resolution of DACA would pass the Senate on a bipartisan vote. Blunt’s comments Tuesday were reflective of that possibility.

DACA is not the only issue where Blunt is confronting differences in his own party on pressing issues.

Blunt has not taken a position on the House version of tax reform; he says he will wait for the House pass its own legislation and for a Senate version expected to be released later this week.

But, Blunt acknowledged that he’d prefer one deduction removed in the House bill — that for the costs of adopting a child — be retained, preferably as a tax credit for lower-and-middle-income adopting families who pay no or modest income taxes.

Blunt and House Ways and Means Committee Chairman Kevin Brady, R-Texas, each have adopted children — Blunt, a son, and Brady, two daughters. Brady, who helped write and is directing efforts to pass the House tax reform package, believes that “not enough people could take advantage of it, because so many people adopt that don’t have the income to pay income taxes,” Blunt said.

“Which is why I have always been for refundable adoption tax credits,” Blunt added. “We will look at that.”