The Daily Egyptian • May 5, 2016 • https://dailyegyptian.com/745/sports/mens-golf-headed-to-tuscaloosa-for-ncaa-regionals/ 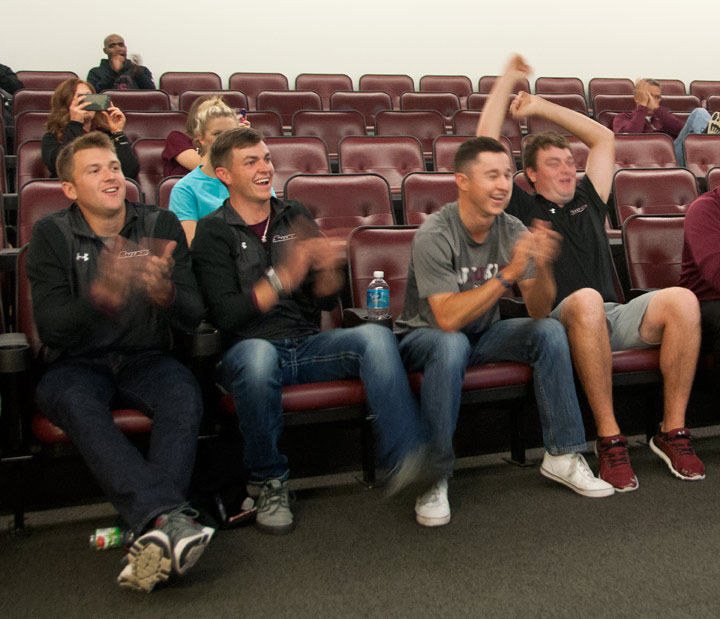 The Saluki men’s golf team will visit Crimson Tide country for its first appearance in the NCAA tournament.

SIU will head to Ol’ Colony Golf Complex in Tuscaloosa, Ala., as a 13-seed for the program’s first-ever NCAA regional championship.

On April 26, SIU finished off the Missouri Valley Conference championship after being picked to finish fourth.

Thursday, the Salukis were pegged as the No. 13 seed of the Tuscaloosa region, the lowest in the region.

However, senior Drew Novara is not concerned about the team’s seeding.

“We’re in the same spot we have been all year,” he said. “Not too many people are giving us a chance, and I think we can come up and surprise some people.”

The wait for the Dawgs to see their names called was a tedious one, as four of the six sites were announced before Southern Illinois came across the Golf Channel telecast.

After the fourth regional was announced, junior Matt Greenfield turned to his teammates and asked if the selection committee forgot about them before finally seeing their name in the Tuscaloosa region.

SIU will take on four teams in the Golf Coaches Association of America Top-25 poll, including No. 3 Georgia, No. 8 Auburn, No. 17 South Carolina and host-school No. 18 Alabama.

With the stiff competition ahead, Fetcho said the team is right at home.

“It’s the same thing we saw last week,” he said. “All the talk was about Wichita winning consecutive titles and they talked about a couple teams being threats and another couple as a sleeper. We weren’t even mentioned. We knew Golf Channel wouldn’t talk about us, seeing us down there on the bottom.”

The Dawgs will head to Tuscaloosa to compete May 16 to 18 and Fetcho said the team will be scouting and training until then.

“I’m going to try to do some legwork to find out some information on the course so we can prepare the right way and participate in the regionals with the mindset that we can get to the national championship,” he said.