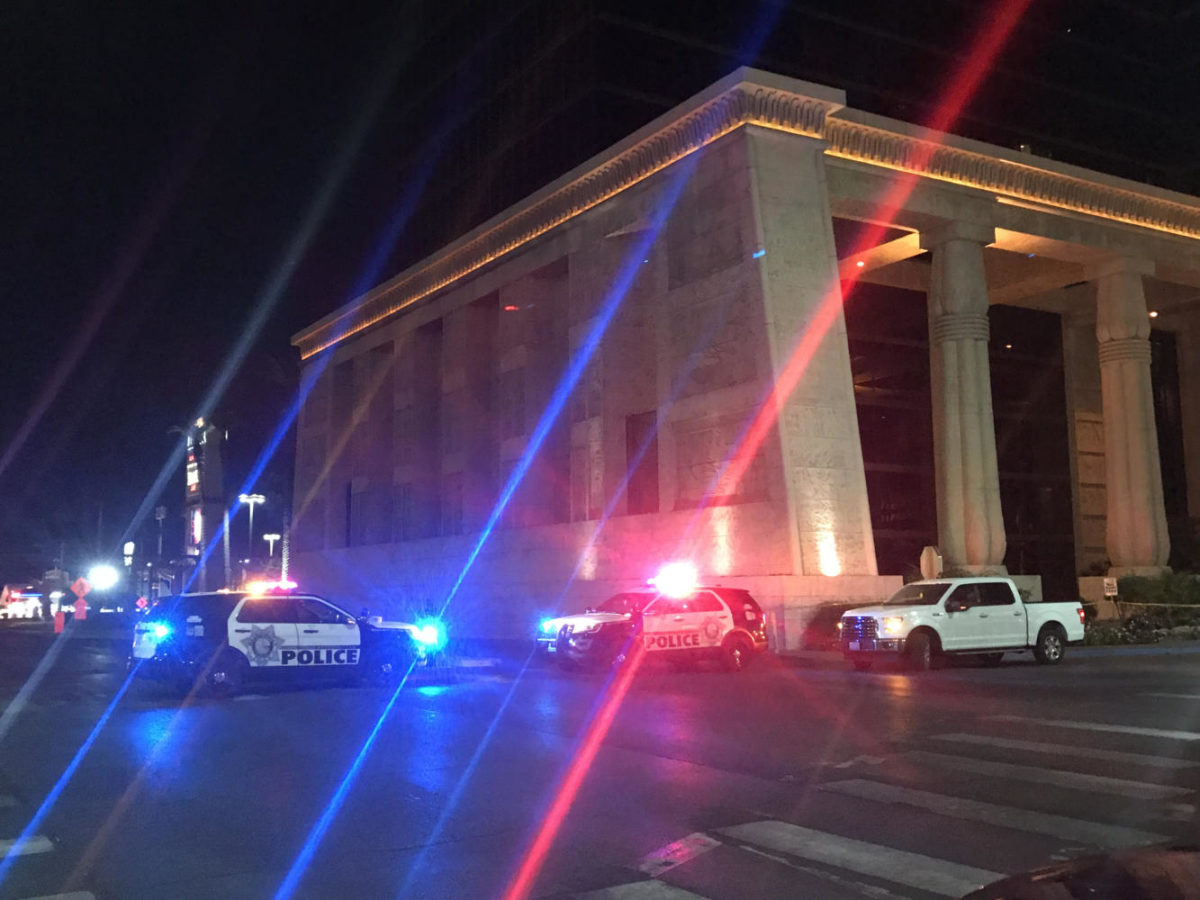 Police vehicles are seen near the site of shooting in Las Vegas, the United States, on Oct. 2, 2017. At least 50 people were killed and over 200 others wounded in a mass shooting at a concert Sunday night outside of the Mandalay Bay Hotel in Las Vegas, Nevada. (Huang Chao/Xinhua/Zuma Press/TNS)

Texas Tech Police Chief Kyle Bonath led a news conference on Tuesday and did not take questions from the media. Texas Tech is referring questions surrounding the shooting to the Lubbock Police Department, which is conducting the investigation. LPD says they will release information at a later time.

How did the 19-year-old shooter have a gun? The Lubbock Police Department, which is now leading the investigation, has confirmed investigators do not believe the suspect, Hollis Daniels III, used the officer’s weapon in the shooting of Floyd East Jr. He used a .45 caliber pistol. Daniels could not have legally had a handgun on the university campus, both because a gun owner must be 21 to have a concealed carry license and a dormitory is a restricted area. According to the NRA’s website, Texas only honors licenses and permits of individuals who are 21 years of age or older. Texas Tech Police Chief Kyle Bonath said when the suspect was still at-large, police were informed by the counseling center that Daniels’ family called to express concerns Daniels may be in possession of a weapon and may be suicidal. LPD says it is investigating the matter and will give an update at a news conference on a later date.

How did the suspect have a gun at the police station? According to the police report, East arrested Daniels at his dormitory and brought him to the Tech Police Department. Bonath said police were responding to a report of a student acting erratically and possibly in possession of a weapon. East brought Daniels to the station and was filling out the booking paperwork for Daniel’s arrest for possession of a controlled substance at the time of the shooting. The report said Daniels was not wearing handcuffs. A-J Media has requested body camera footage of the arrest to see if Daniels was searched prior to being taken in.

What was the controlled substance and is there any indication it was used prior to the arrest? The police report only states Daniels was arrested for possession of a controlled substance following a student welfare check. Bonath said there was drug paraphernalia found in the dorm as well. Records show Daniels was previously arrested in September 2016 while at Tech for possessing less than two ounces of marijuana and drug paraphernalia.